Weekend of music and song 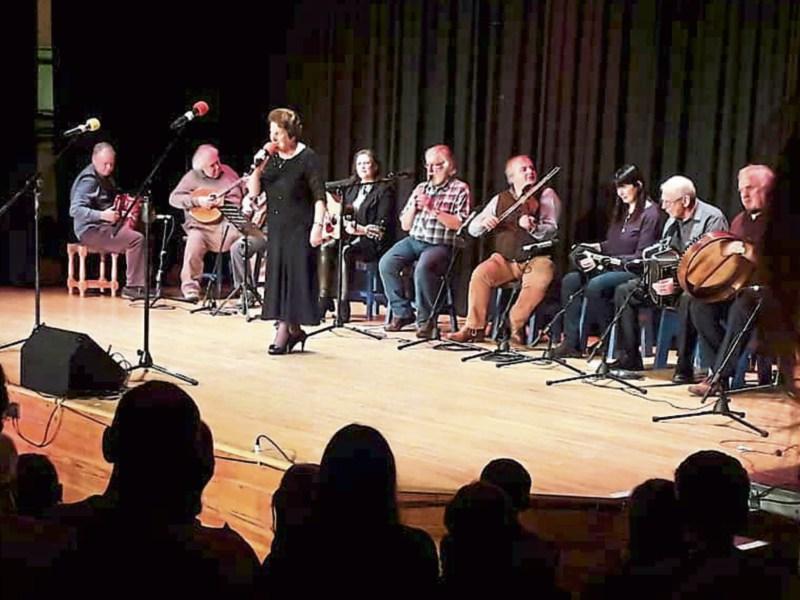 A wonderful weekend of music and song took place in Cashel over the weekend, November 16, 17, and 18.

Comóradh Pat Swan is in its inaugural year and hosted by Craobh Caiseal Mumahn CCÉ who are also commemorating their 60th anniversary this year.

Pat Swan was the late husband of renowned Tipperary traditional singer Nora Swan and was a distinguished drummer having played with many céilí bands and also generously passing on his skills to young people who went on to win All Ireland honours. Pat was a very prominent member of Craobh Caiseal Mumahn CCÉ and indeed is fondly remembered by all connected with the branch.

Ardstiúrthóir of Comhaltas, Labhrás Ó Murchú said, “Pat Swan was one of nature’s gentlemen. He was ever ready to help and support worthy causes. His love of Irish music was one of his many interests in life and he passed this on to other people.

“With his wife – the much-acclaimed traditional singer Nora Butler – this dynamic duo won the hearts of multitudes at home and abroad. The ‘Comóradh Pat Swan’ will be a fitting celebration of these two very special people.”

One of the main activities over the weekend were the workshops on the Saturday by some of the most well known and respected tutors in Ireland. Just as Pat Swan passed on his drumming expertise these tutors will passed on their knowledge to young people in a wide variety of instruments including whistle, fiddle, concertina, button accordion, banjo, drums and traditional singing.

Town Sessions were also enjoyed around the town of Cashel on Saturday with a singing circle in Brú Ború on both the Friday and Saturday night. The weekend closed with Mass on Sunday along with a Seisiún Mór in Brú Ború on Sunday afternoon from 3pm.

This was a fantastic weekend of workshops and activities celebrating the life of Pat Swan. More information on Brú Ború's events can be found at info@bruboru.ie, emailto:info@bruboru.ie 062 61122 or Craobh Caiseal Mumhan Facebook.