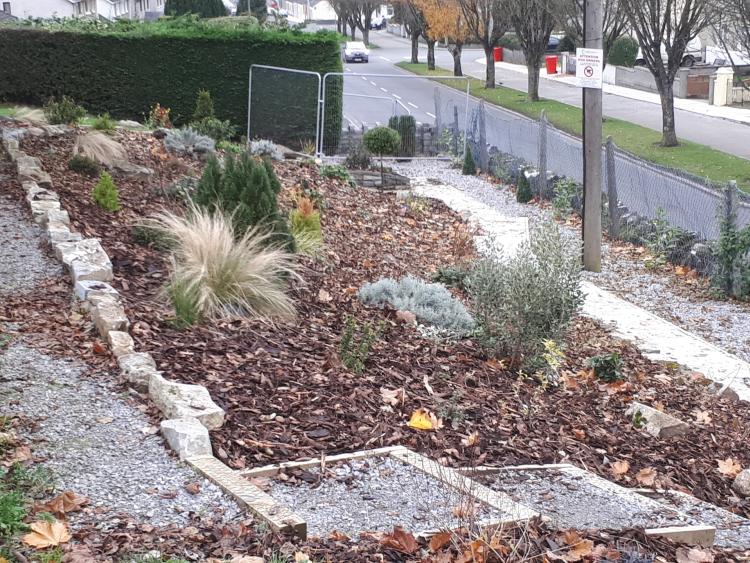 The wall in the background behind the security railing has blocked access to Moyne Road.

Commentators have encouraged residents to take a consaw to the wall and tear it down.

There is uproar in Thurles town this week following a decision by Tipperary County Council to build a wall to prevent a pedestrian gap onto Loughtagalla from Moyne Road - a route which has been used for many generations, but which is now deemed too dangerous.
The wall was built at the weekend across the popular ‘short-cut’ and the action has prompted much debate and anger amongst residents in the area and members of the public. Social media was on fire over the weekend as people took to Facebook and Twitter to express their dissatisfaction with the actions taken. 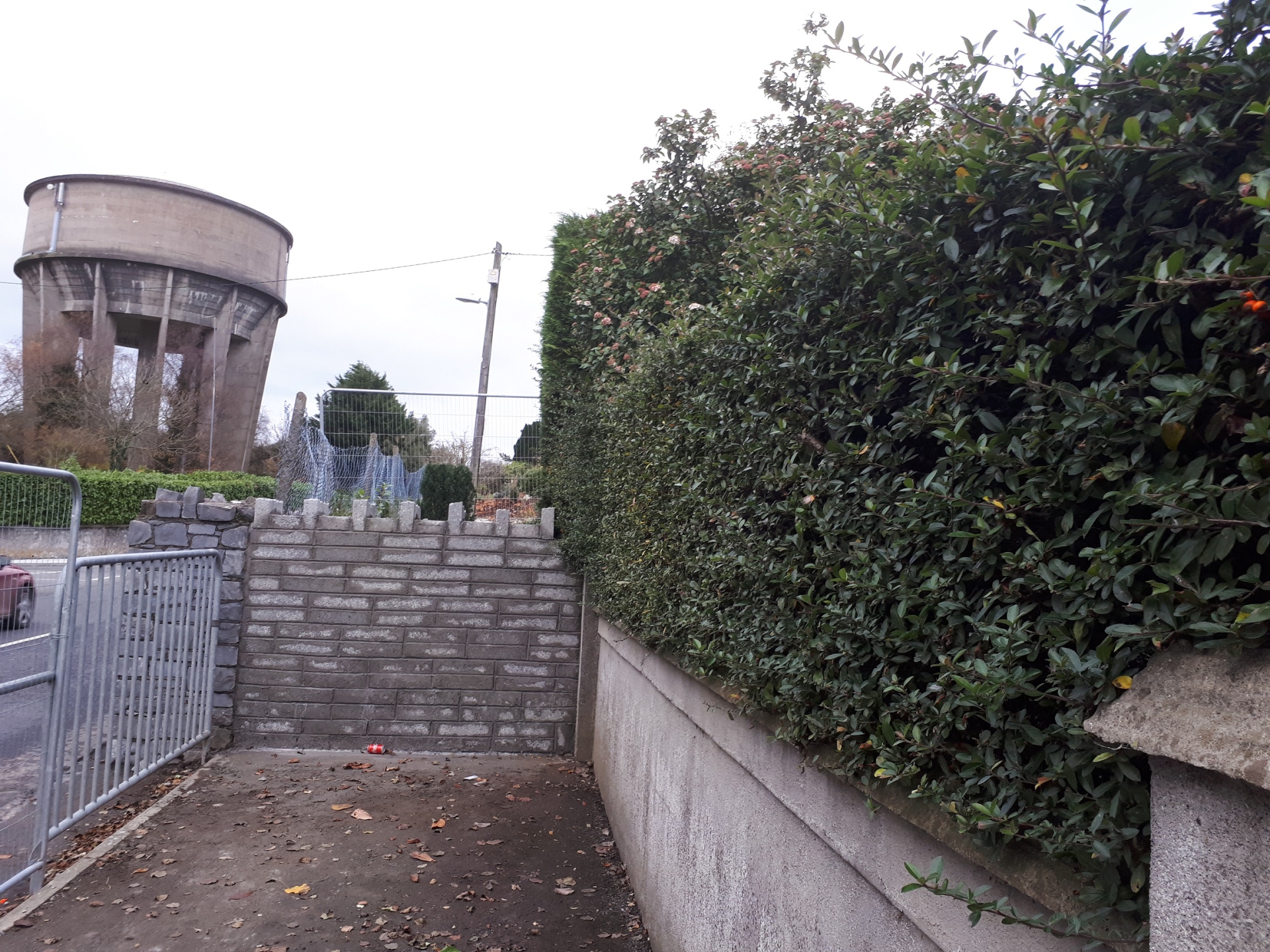 The new wall from the Lognafola side.

Chairman of the local residents association Tommy Barrett said: “Tipperary County Council think that this is job done but I can assure them that, strongly oppose this action and will be taking all necessary steps to ensure our right of way is back in use as soon as possible. I also thank Jim Ryan and David Doran — the only councillors who are standing with us from the very start on this issue,” he said.
Commentators on Facebook, rather unwisely, encouraged the residents to raze the wall to the ground, with one suggesting that residents take a consaw to it.

See this weeks Tipperary Star for full report and reaction.