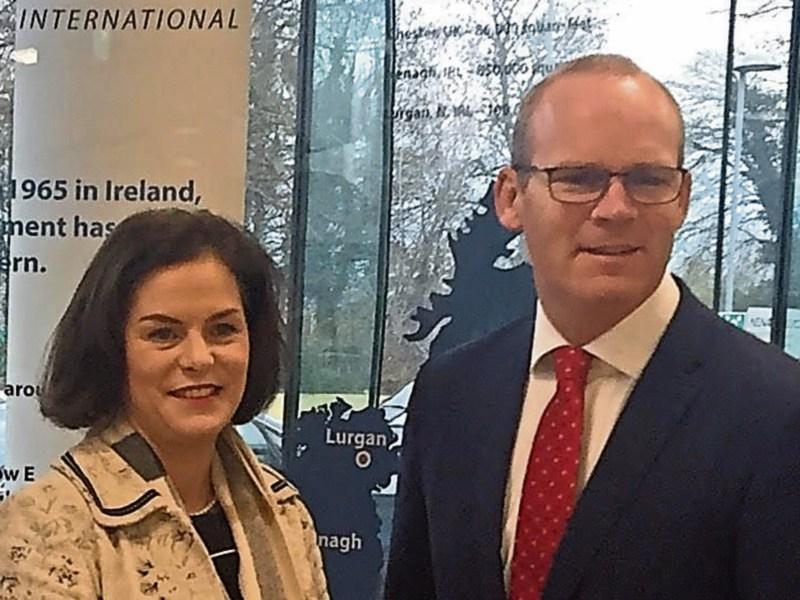 Fine Gael looks certain to stand just the two candidates in Tipperary in the next general election, despite rumblings in the north end of the constituency over the lack of a candidate in the area.

The party has selected Mary Newman Julian and Garret Ahearn to run, but the perception is that they are too aligned to South Tipperary.

The Tanaiste and Minister for Foreign Affairs, Simon Coveney, told the Tipperary Star during a visit to the constituency last Friday: “We have two great candidates in Tipperary and we intend on winning two seats.”

When it was put to him that the north end of the county felt left out, Minister Coveney said he thought that he more people in North Tipperary met the two candidates how impressed they'll be.

“These are people who want to make an impact in the Dail,” he said of Ms Newman Julian and Mr Ahearn.

The Tanaiste described the two candidates as “talented, experienced people, successful in their own right, full of energy, wanting to make an impact on behalf of Tipperary”.

He thought the county was “very lucky to have them quite frankly”.

“What I'd say is two very strong candidates and we are looking to win two seats,” said Minister Coveney. He said the next general election would be in February 2020.