Project one of the largest ever infrastructure developments in Ireland 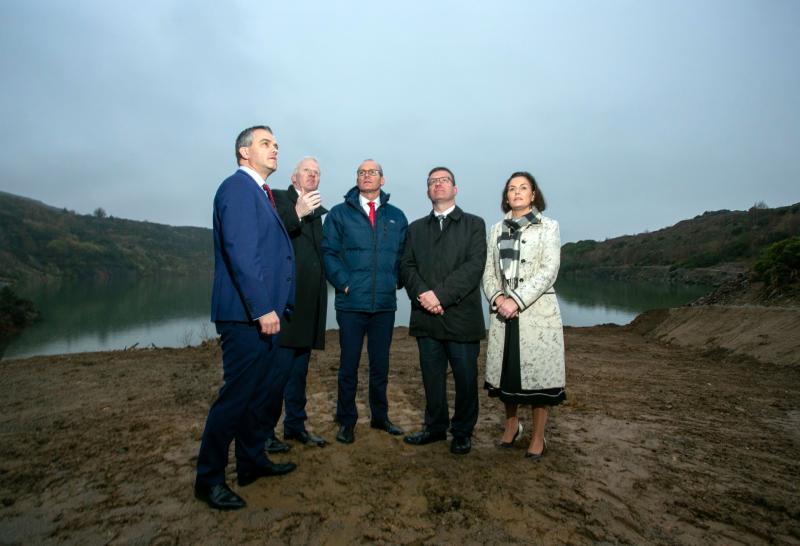 The Tanaiste and Minister for Foreign Affairs has pledged that he will do “everything he can” to assist the developers of the proposed €650m hydro-electric pump station at Silvermines.

“I am very excited about this project. I am a big believer in pump storage, he told the Tipperary Star on a visit to the proposed site last week.

“These types of pump storage projects are working very, very well in other parts of the world so the technology is there. We know it works and we now have a real interest to spend a very significant amount of money in putting a big, big piece of national infrastructure in the middle of Tipperary,” he said.

He described the proposal as “essentially like having a battery in the centre of the country in Silvermines”.


“The beauty of this is that this is hydro-power so it’s very sustainable. There are no emissions, no dirt from it and it cleans up the whole Silvermines site as well so this is a win, win, win for everybody - for Tipperary, for the national grid, for employment locally and for huge investment locally,” said the Minister.

The project, one of the largest private infrastructure projects in the history of the state, has received a major boost thanks to its inclusion in a formal EU grid development plan.

The 360MW energy storage project is the only electricity generating plant planned for Ireland to be included in the European Network of Transmission Systems Operators for Electricity (ENTSOE) plan, 2018-2028, announced last week.

The project has the capacity to generate electricity for 200,000 homes.

“You are going to see a lot of new initiatives coming from the Government with the view of reducing emissions going forward. In order to do that we need projects like this one. The site is also just a matter of kilometres from the national grid so there's a lot of reasons why this should work,” said Minister Coveney.

The baseline environmental assessments to underpin the planning application have commenced, with a formal planning process to start in the latter half of next year. It is hoped that work on the project would commence in 2022, subject to planning, with a four-year construction phase. Under the proposal, water from a higher elevation reservoir will be released to a lower reservoir, flowing through turbines and generating electricity in the process.

Tipperary Deputy Alan Kelly, who also attended the site for the visit, said: “This is essential for the future of Ireland’s energy needs. We have to change the way we deliver energy and bring about energy. It is a very important project because this is a contaminated site. So not alone are we creating a pump storage facility, this site is going to be cleaned up as part of it.”

The project was also endorsed by Fine Gael general election candidate Mary Newman Julian, who organised the visit of the Tánaiste.

“This is such a promising project on so many grounds. It will be a zero-emission electricity generation facility at a time when we are moving away from fossil fuels. It is going to rehabilitate a site that has been problematic for some time and it is also going to be a strong economic stimulant for the Tipperary and the wider region.”