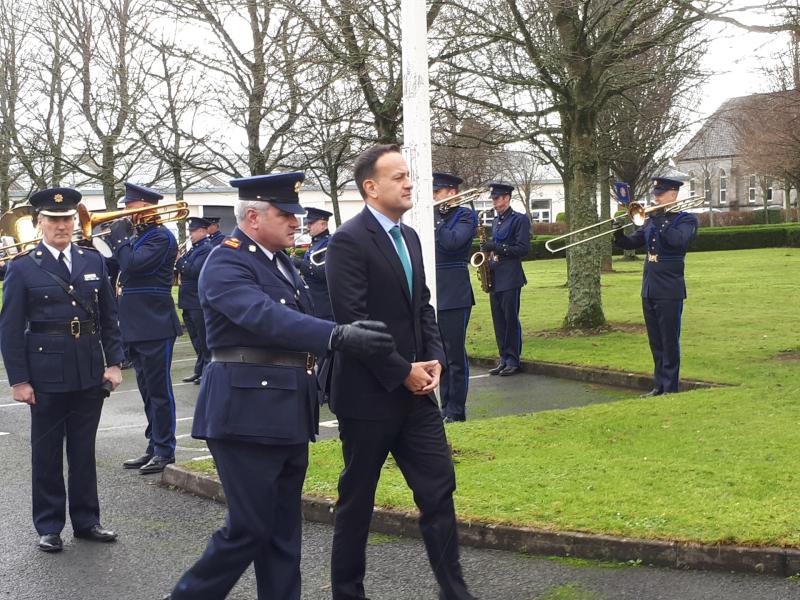 A great day of celebration in Templemore despite the heavy showers of rain.

Seventeen Tipperary Gardai were among the 199 who graduated from the Training College in Templemore this week having completed their BA in the Applied Policing programme which commenced in April.
Garda Commissioner Drew Harris was joined by Taoiseach Leo Varadkar for what was a very special day in the College – this was the sixteenth intake to graduate under the new BA (Applied Policing) programme – and there was a huge attendance in Templemore for the celebrations which continued long after the formalities had ended. The new recruits and their families and friends were entertained in many local restaurants and hostelries to complete what is regarded as one of the biggest days in the career of the Gardai.
This was the first visit of Mr Varadkar as Taoiseach to the Garda College, but Garda Commissioner Harris had been in attendance at the last graduation in Templemore. Also in attendance was Justice Minister Charlie Flanagan, a regular in the College at graduation time as well. 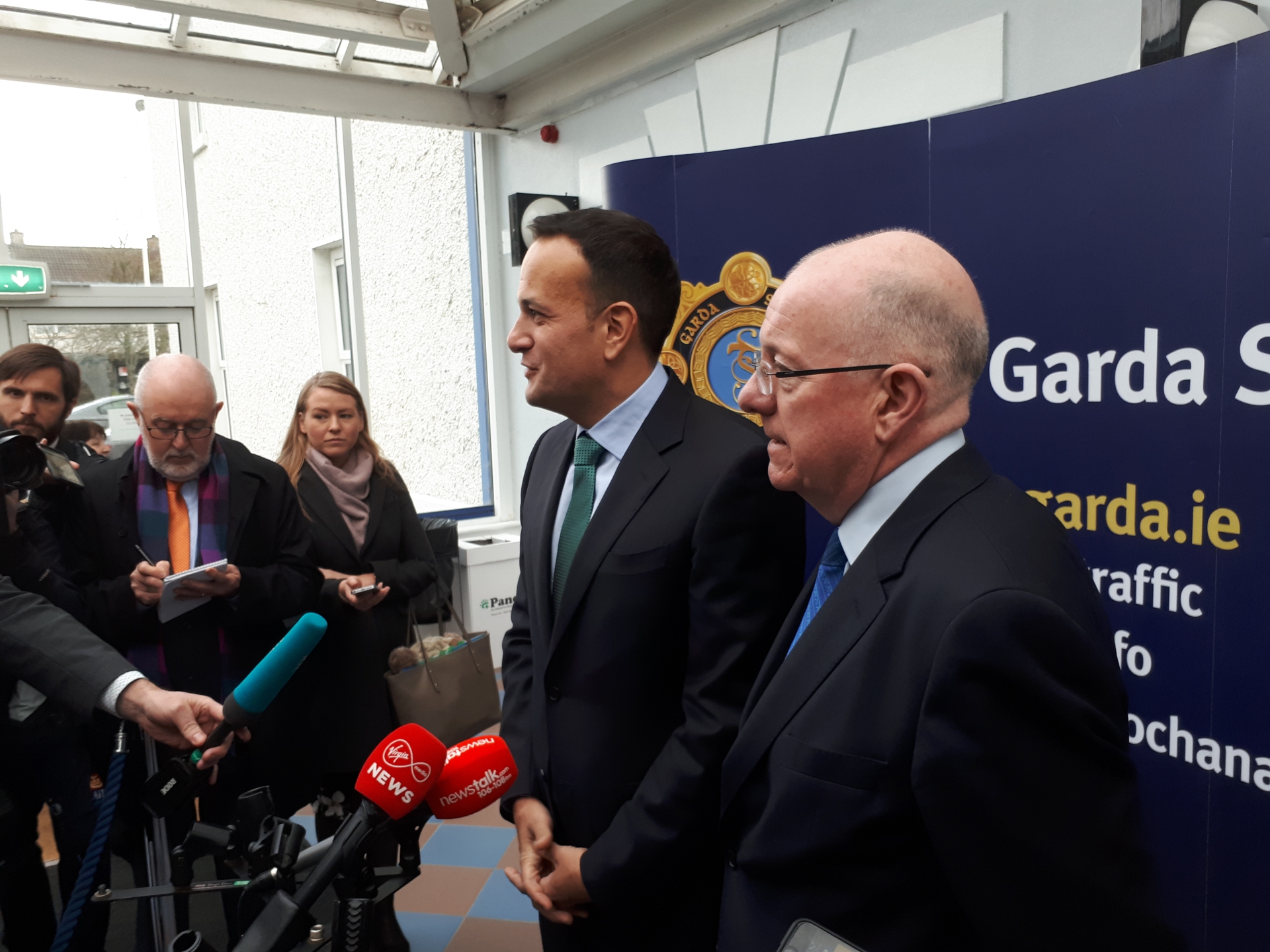 An Taoiseach speaking to the media in the Garda College - his first visit to Templemore.