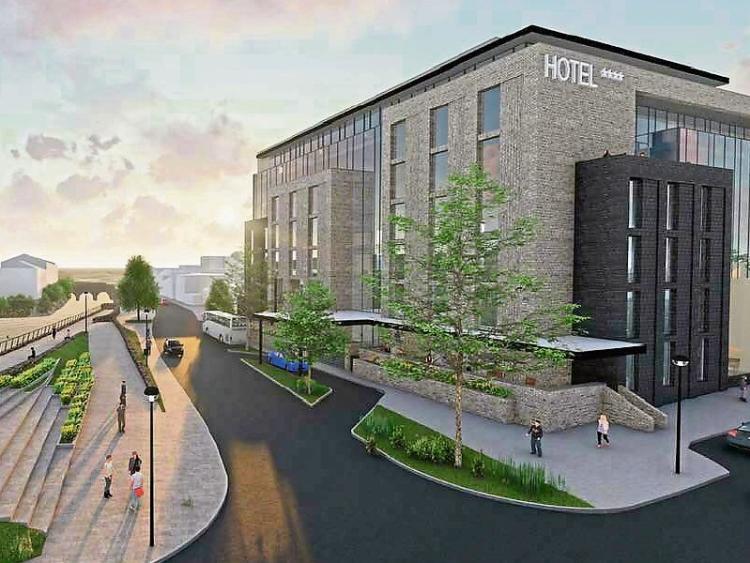 The plans that have been unveiled for a 114-bedroom hotel on the site of the former Clonmel Arms Hotel in Tipperary were welcomed at a meeting of Clonmel Borough District Council.

Confirming that a planning application had been lodged for the development, District Administrator Anthony Coleman said the building was a key site in the centre of the town.

He said that while what is proposed is obviously only a first step, a new hotel would be a welcome addition to the town centre.

Mr. Coleman said it would also complement other projects planned for Clonmel, including the Flights of Discovery tourism project, which include an interpretative centre at the West Gate, a Bulmers visitor centre at Dowd's Lane and a revamp of the County Museum.

Planning permission for the long-awaited development of the former Clonmel Arms has been sought from Tipperary County Council by Waterford-based Fewer, Harrington and Partners, architects, planners and project managers, on behalf of developers Michael Ryan and Michael Cronin.

The new hotel will include dining, bar, conference and function facilities, as well as a basement car park and leisure centre.

The Clonmel Arms closed 13 years ago and the site, which straddles O'Connell Street, Sarsfield Street, Quay Street and Blue Anchor Lane, has been  an eyesore in recent years, amid claims that it was being used as a drink and drugs den.

Cllr. Pat English said that the Clonmel Arms development would be a major plus for the town.

He suggested that people would go to the council offices and take a look at the drawings for the project, which he said were very exciting.

He hoped that it would go ahead and he urged everyone to row in behind the development.

Cllr. Catherine Carey said that the announcement about the Clonmel Arms was fabulous news.

Cllr. Siobhan Ambrose said that she was very pleased with the news.

District Mayor Richie Molloy said that, as manager of the local Family Carers Ireland centre, he worked across the street from the site.

People asked about it morning, noon and night.

The District Mayor was sure that the whole town would support the development.