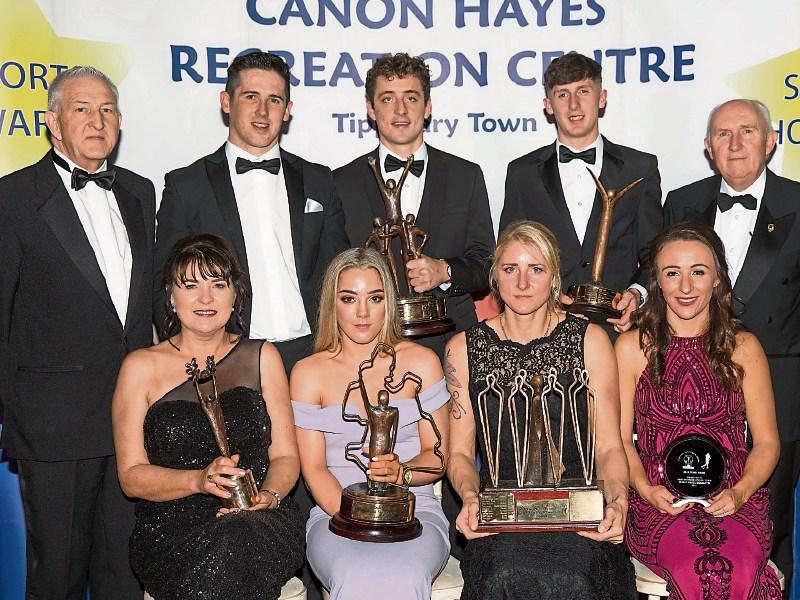 Mr Quinn paid tribute to all who had supported them over that period.

“The awards were inaugurated in 1996 and over the years they have grown in importance and significance and are now rightfully regarded as being the most prestigious of their kind in the country,” said Mr Quinn.

There was a great air of celebration on the night with the presence of many of the country's top sportspeople, representatives from the Defence Forces, Gardai, local authorities, Olympic Council of Ireland, FAI Junior Council, Athletics Ireland, Army School of Equitation, and HSI Eventing.

The TASK National Award on the night went to the Limerick Senior Hurling Team, who received their Award from Billy Kennedy of the Olympic Council of Ireland. Midfielder Darragh O'Donovan and half forward Pat Ryan accepted the award on behalf of the Limerick Team. The other category nominees were the Irish Eventing World Silver Medal winning team who were represented by High Performance Chairman Don Hannigan and the Irish under age female track and field athletes who were medalists in the World and European.

Ciara Neville silver medalist in the U.20 4x100m relay and U.18 European gold medalist Rhasidat Adeleke were present to accept awards on the night.

The IPB County Award went to European Boxing Champion, Ellie Mai Gartland from Clonmel Boxing Club, ahead of the Presentation Secondary School, Thurles and the Tipperary U.21 Hurling Team.

The GN Ballykisteen Hotel Outstanding Achievement Award went to World Rowing Champion, Sanita Puspure. Sanita spoke of her delight at winning the World Championships and her aim to win an Olympic Medal in Toyko 2020.

The Mick Doyle Golden Memory Award went to the Irish Women's Hockey Team, World Silver Medalists. Dynamic defender Yvonne O'Byrne from the Cork Harlequins Club was present to accept the award on behalf of the team and spoke of aspirations for the future to include Olympic success.

Debbie Torpey from Carrick Utd FC was the very popular winner of the Canon Hayes/Tipperary Sports Partnership Volunteer in Sport Award, receiving her Award from Isabel Cambie of the Tipperary Sports Partnership and Billy Kennedy, representing Olympic Council of Ireland. Debbie's work in the club and community and her pivotal role in the club's 'United against Suicide' awareness campaign was highlighted by Sports Centre Chairman, Martin Quinn, who was also host of the event.

It was a hugely successful 23rd Awards which brought a full house to the GN Ballykisteen Golf Hotel.