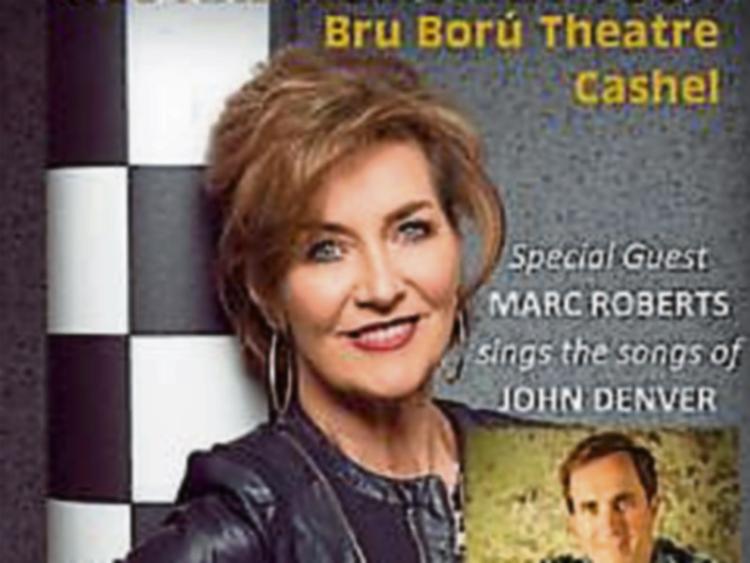 Gina and The Champions play the Brú Ború theatre on Friday January 18, 2019.

This concert is part of her hits and memories tour and is sure to be a great night of entertainment.

Gina and the Champions established themselves as Ireland’s top attraction in the late seventies and maintained that coveted position right through the eighties with record breaking attendances at dances and concerts, wherever they performed.

Matching their live success with industry recognition, the band were awarded every accolade there is in the Irish music industry. 1978 proved to be a monumental year for the group, firstly with the release of one of their biggest hits ‘The Greatest Lover’ and then to be decorated with two major awards; Gina being voted ‘Ireland’s Number 1 Pop Singer’ and the band being voted ‘Ireland’s Top band’.

Amazingly this feat was to be repeated a number of times over the following years. As well as relentless touring, ‘Gina and the Champions’ made innumerable television appearances both in Ireland and Britain over the course of their lengthy career.

Appearances on Gay Byrne’s famed ‘Late Late Show’ were a regular occurrence, performing many of their hits, such as, The Greatest Lover, Give me back my Love, The Drunken Sailor, Dreams are Good Friends and many more.

Special guest on the night will be Marc Roberts who is no stranger to Brú Ború having sold out his fantastic show paying tribute to the songs of the late John Denver on more than one occasion.

With both Gina & the Champions and special guest Marc Roberts this is sure to be a night of great entertainment.