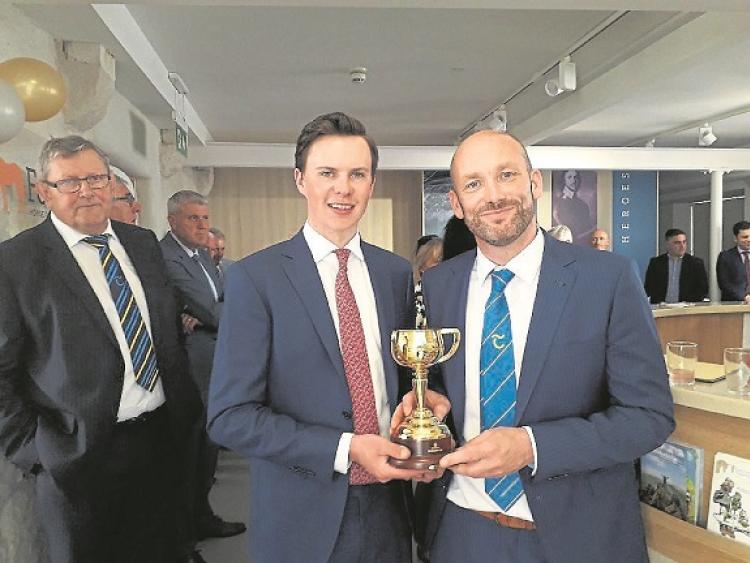 Thurles man feels “ostracised by elements” in the party

Tipperarylive can exclusively reveal that Councillor David Doran, after much soul searching, has resigned from Sinn Fein after 25 years, stating that the party is not the one he joined when he was in college.
The Thurles based councillor, who cut his teeth in politics as a member of Thurles Town Council initially, and then as a member of the amalgamated Tipperary County Council, said that there is an element within the party that he did not wish to be associated with and he pointed also to “determined efforts to undermine the local party set-up” - the Robert Emmet Cumann, of which he is a founding member and up the point of his resignation, chairman.
In a statement issued to us this evening, Cllr Doran said that he had felt ostracised for the past number of years from the party on a number of issues, including his tough stance on criminality.

“I had been advocating to get much tougher with these vicious thugs and criminals for example by denying them free legal aid, tag them, give them longer sentences , in cold basic cells without flatscreen TVs etc..this stance though wasn’t supported by Sinn Fein which had a more rehabilitative outlook when dealing with such criminals and in my opinion was a much more softly softly approach which focused much on the criminal and their hard upbringing and little on the many victims of rural crime and this I absolutely felt is very much at odds with both my own and the general publics view,” he said.
“In more recent times I was very much at odds with the party re my stance on the on going saga regarding the housing development at Cabra just outside Thurles where we have six fully finished and state of the art houses with a cost of €1.7 million to the taxpayer and are shamefully left idle while our council negotiate with the prospective tenants to know if they want them or not and what kind of special deal they will agree to. All the while there are over 900 people on our housing list in this District crying out for a home -sure Peter Casey in my opinion was totally correct it’s a scandal and a thundering disgrace that wouldn’t be tolerated anywhere.”
“I was the first public representative to speak out about this and call it for what it was and my opinion has not changed - it’s shameful that our Council is involved in such pandering and placating to anyone. My view is allocate the houses to whom they were promised and if they don’t want them give them to someone else, end of story and what’s nearly as bad is the current mediation process which is also costing the taxpayer but in any case Sinn Fein particularly here locally had a much more tolerant view which seemed to support the argument that would facilitate the special arrangement which in turn meant the houses would be left unoccupied while so so many people are desperate to be housed. Any public representative worth their salt couldn’t support that narrative,” he said.
Cllr Doran was also at odds with the party in relation to sulky racing but adds that what really mad ehim question his role within Sinn Fein was the infamous convention held for the General Election selection convention in the Horse and Jockey hotel last year
“ I have commented on this much to date but in truth to borrow a phrase from a former Taoiseach it was grotesque, unbelievable, bizarre and unprecedented and above all else an affront to democracy and highly insulting to women. Sure no one could explain how men could be precluded from standing for convention just because they were men and that it was to be a women only convention. Gender equality is one thing, but what the party did that night was undemocratic, discriminatory and bizarre that had half the county talking about us and wondering what in the name of God were we at and the other half laughing at us. But, what I really didn’t like also was the heavy handiness of those organizing the convention from outside the county and their disrespect to the media by not allowing them in, which by extension was an insult to the public at large. That, I felt, was the grotesque part. I didn’t feel an entitlement to put my name forward or to be selected above anyone else because I was the longest serving public representative or my long years of service to the party, but I did feel I should have been let contest, like anyone else, who was a party member. But, to be ruled out because of my gender was just totally wrong and undemocratic and as I alluded to many times since, a total insult to woman because you are effectively saying you are been picked solely because you are a female.” 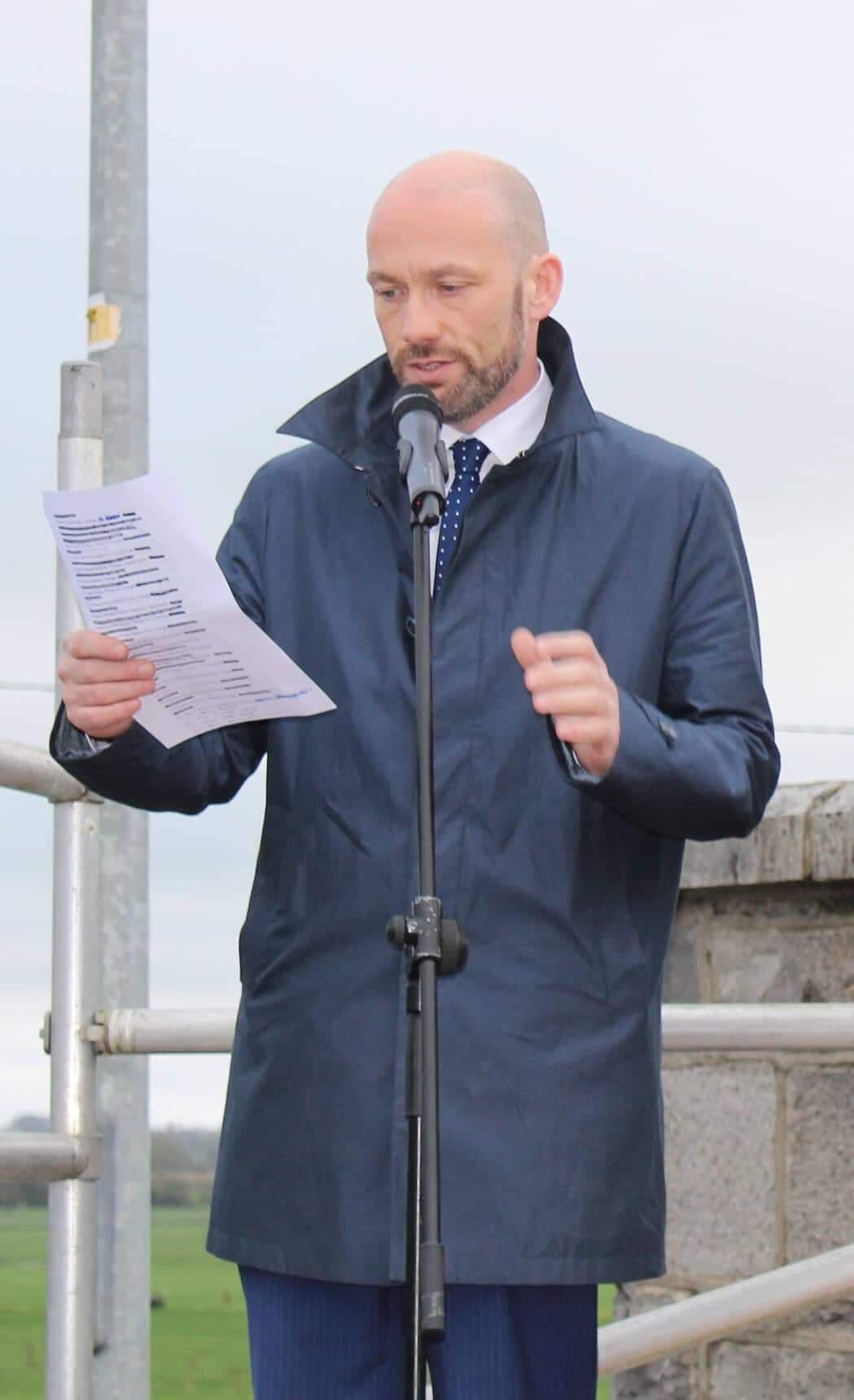 “Now there will always be a breaking point and a straw that breaks the camels back and for me it was the shameful way both myself and our local Cumann were treated recently by the party. Just to briefly outline events - I had been put forward and selected late last year by our local Robert Emmett Cumann to be their candidate for the local elections this May and I had all my papers submitted. A,then on the eve of Christmas, I was told by those more senior in the party that my candidacy was been challenged and that some rogue elements within the party, who for a while now as I had referenced earlier, had set about undermining our Cumann and political work of late, were challenging the convention, but were been persuaded not to by the chair of Tipperary Sinn Féin, by all the councillors and by senior members of the party in Tipp because they all had felt it was being done for the wrong reasons which was part of the campaig to undermine the work that I had been doing. But, they weren’t for changing.

“Early in the new year Tippereary Sinn Fein, including myself and all the councillors, had a meeting in Cahir with the chair of the Munster Sinn Fein organization and the regional organisation to try and resolve the matter internally, but to no avail. Now I want it made clear, that I would welcome anyone throwing their hat in the ring to challenge for convention or to fight any election, be it to a local committee to a party convention local or general election, once it’s open, honest and fair. And, I suppose what made me arrive at this decision to ultimately leave the party is that there were senior members from outside of the county encouraging my candidacy to be challenged, and effectively undermining me. Now that certainly wouldn’t be what I would call to be neither open nor honest and certainly not fair. Therefore that broke the camels back and I could no longer go on advocating for, and serving, a party that had shown me that kind of disloyalty and disrespect.”

Cllr Doran went on to say that he has helped to build up Sinn Féin in this area of Thurles and the surrounding parishes for many years and was wasn’t going to go on with that kind of ill feeling and bad blood, adding that there are other matters too which he didn't like but would not get into at this point in time.

“Finally I would like to thank my family and friends and loyal supporters who have always stuck by me, my former Cumann colleagues in the Robert Emmet Cumann in Thurles, fellow party councillors in Tipp and all who have supported me for many years. But, above all else I want to thank the people of Thurles and the surrounding parishes who have voted for me and supported me in many an election, something I have never taken for granted and always very much appreciated. They have always been so courteous and welcoming to me on their doorstep and out and about or wherever and whenever we meet.

“I want to say with my hand on my heart, it’s always been my great pleasure and privilege to be your representative and I am going forward as an Independent candidate in the upcoming local elections this year where I will be respectfully asking you for your vote and support and it may be true that elements within the Sinn Séin party don’t want me to be their candidate, but maybe the people of Thurles and the surrounding parishes do want me to be theirs. In any case you can rest assured that David Doran will be going before the people on May 24th, seeking a mandate to continue on doing the work I enjoy doing day-in day-out and that’s serving my community,” he said.