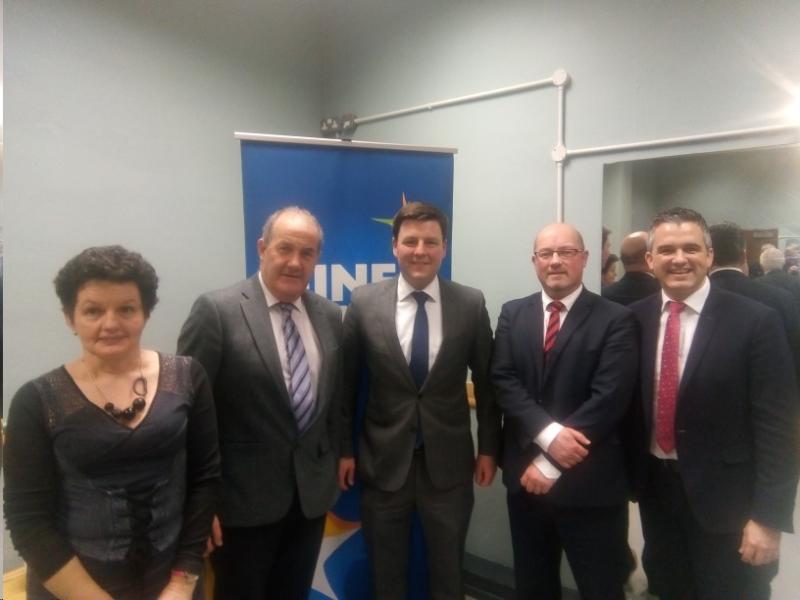 Sitting councillor Ger Darcy from Ardcroney, has been joined on the ticket by former Nenagh town councillor Conor Delaney.

The selection convention was held in Nenagh Arts Centre this Tuesday, February 5.

Mr Delaney runs a solicitor's practice in Friar Street in the town and lives in Silvermines, which will come under the Newport / Ballina electoral area in the local elections.

In the 2014 elections, the Nenagh Municipal District Area comprised Nenagh, Borrisokane, Ballina and Newport. This year's elections will see the area split with five councillors being elected in the former Nenagh / Borrisokane area and four being chosen in the old Newport / Ballina area.

Mr Delaney polled 409 first preference votes in 2014 and was eliminated on the sixth count.

Cllr Darcy was elected without reaching the quota.

The convention was chaired by Cllr John Clendennen from Kinnity who is one of the party’s selected general election candidates in Offaly.

Cllr D'Arcy said his priorities for the area were to fight for more funding for the local road network as well as the push for the speedier roll out of better broadband service in the area.

MrDelany committed to work with local community groups and organisations to ensure they were aware off and secured the funding that was being made available at local and national level for under all the different schemes and grants.

Cllr Clendennen said that it was up to Fine Gael to stand up for rural Ireland and towns like Nenagh and surrounding villages.

"I live in rural Ireland and am happy to do so as it is great place to live. There are those who would tell you that rural Ireland is dead and buried and are always knocking it but it is not the case. Yes, we have to fight for improved services that are harder to provide to rural areas like better broadband and to maintain roads etc but what we have is special place that is well worth defending and fighting for," he said.

The selection convention for the Newport electoral area is expected to be held near the end of February and it is anticipated that Cllr Phyll Bugler will be chosen to contest the election.