Cllr Joe Bourke steps aside in interests of the party 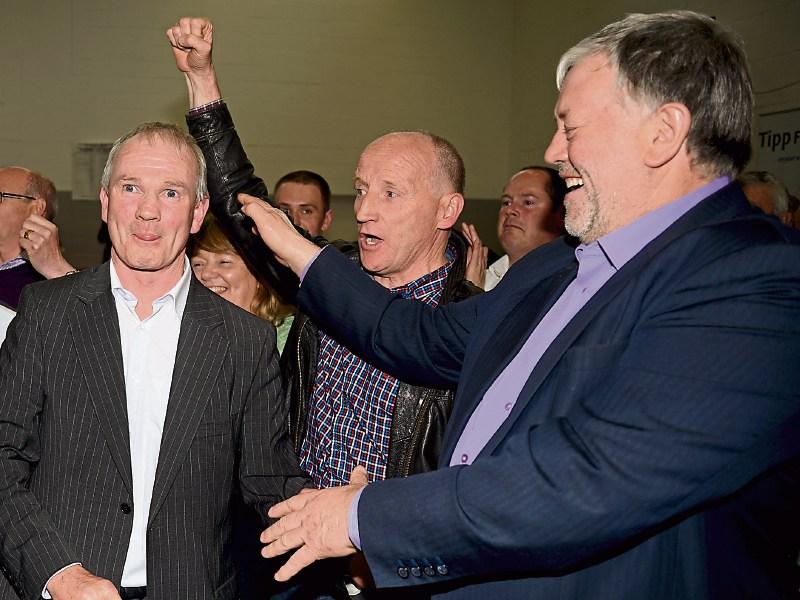 In a surprise move, sitting Fine Gael councillor Joe Bourke has pulled out of this May’s local elections.

The Templemore councillor did not contest the party’s selection convention having made way for the return of party stalwart, former minister and TD Noel Coonan.

“I didn’t put my name forward,” Cllr Bourke said this week. “I was nominated by four branches but I spoke to Noel prior to the convention and I felt it was in the best interests of the party.”

He said the former TD had told him he would support him if he wanted to run and not seek the nomination himself.

Cllr Bourke said that the decision was motivated by the need to have a third candidate added to the ticket for the next general election and he felt Mr Coonan was the best placed person.

“I’m getting it in the neck every day. We need a candidate to represent us in the next election,” he said.

Cllr Bourke described as “ludicrous” the party’s decision to have two South Tipperary-based candidates in the next election.

“From Thurles to Templemore, Roscrea, Nenagh and Lower Ormond, there is no one there,” said Cllr Bourke.

“We need someone and Noel is the only person there. The feeling is that if he were a councillor, he would be in the circle,” said Cllr Bourke.

“Two seats can be won, but we wouldn’t win them because we would be pulling out of the one area,” he said.

He didn’t believe that running two candidates would split the party vote.

“We had two previously with Denis Ryan, Roscrea, and Pauline Coonan, Templemore,” he pointed out.

He also felt that he could have benefited from Cllr John Hogan’s decision not to run as he borders Cllr Hogan’s territory in Templetuohy.

“I got a good vote in Templetuohy last time and I would have hoped to increase that,” he said.

While he was not running this time, Cllr Bourke dismissed any thoughts that he might be retiring from politics.

Meanwhile, Mr Coonan said Cllr Bourke had made the “supreme sacrifice” for the party.

“He is looking at the bigger picture and he thought I should be the candidate,” said Mr Coonan. “He practices what he preaches.”

“Cllr Bourke proposed me,” he revealed.

The former TD said that he was looking forward to the local elections, but admitted it was not going to be easy with large chunks of the Nenagh electoral area coming into Templemore / Roscrea.

“The are a lot of good candidates there and I want to be a strong voice for Templemore and Roscrea,” he said. He said that by splitting the electoral area it would give more of a broad representation on the council.

Cllr Bourke is a former member of Templemore Town Council and was elected to Tipperary County Council in 2014 on the twelfth count with 1,887 votes. He received 856 first preference votes.

Mr Coonan, whose late wife Pauline was a councillor, lost his seat in the 2016 election