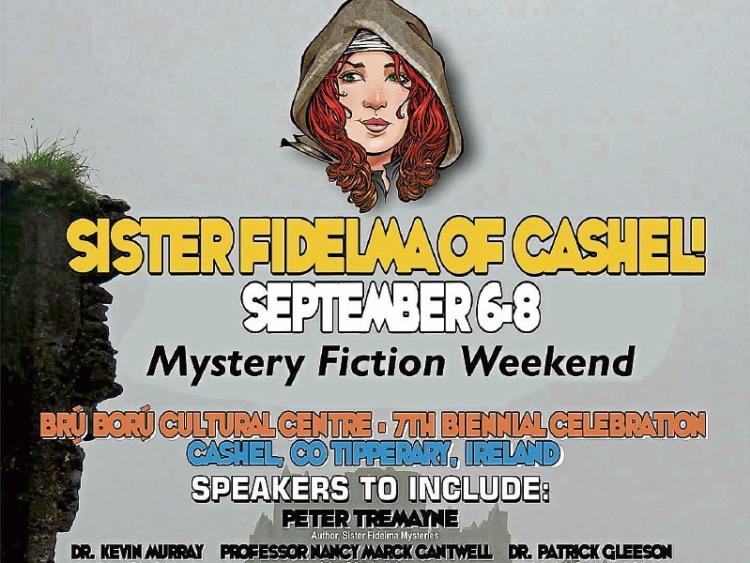 Cashel's fictional medieval super sleuth Sister Fidelma will be honoured at the seventh Féile Fidelma in September this year, as adoring fans of the series descend on the heritage town from all over the world.

Sister Fidelma's crime fighting exploits have earned her legions of fans, and Cashel is set to benefit from an international gathering of fans of Peter Tremayne's mysteries, and those interested in seventh century Ireland.

The féile will take place from Friday, September 6 until Sunday September 8 2019 in Cashel.

A spokesperson for the organisers said: “the committee of Cashel Arts Festival is delighted to announce the seventh Féile Fidelma.

“The weekend will take place on condition that there are 35 registrants by March 1, 2019. In the event of not reaching that number, the event will be cancelled and all registration money refunded. Registration is now open.”

Full details about the event can be found on cashelartsfest.com website.

A provisional line up of events for the weekend can be found at sisterfidelma.com, and includes, on the Friday, 7pm - 8pm registration, wine reception, and the official opening of the seventh Féile Fidelma.