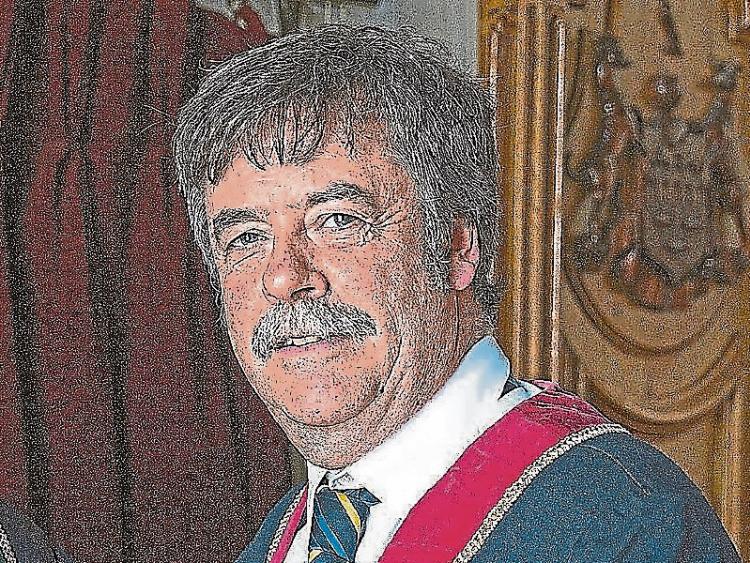 Clonmel Mayor  Richie Molloy  and other elected representatives, unhappy with a move to  break up  a district council comprising of Clonmel and Cahir members after the next local elections in May, will confront Minister John Paul Phelan on the issue when he  visits Clonmel on Monday week.

A special meeting of the Clonmel Borough District council was called last week when elected representatives became aware that Minister Phelan  is proposing to proceed with a plan  to break up the council which has consisted of members from Clonmel and Cahir  for the last five years.

Mayor Molloy and other members ( not all) from both Clonmel and Cahir expressed their shock this week and said they could not understand why Minister Phelan was going against a recommendation of the Boundary Comission which recommended that while for election purposes only,  Clonmel and Cahir would be in different wards, those elected would continue to sit on the same body as they have done for the last five years.

Under Minister Phelan's proposa,l the Cahir members elected will now go with members of the Cashel/Tipperary municipal district and the Clonmel members elected, the number of which has been increased from five to six, will sit on their own as a six member authority.

"I will be asking Minister Phelan why he is proposing this .  I would like to know who asked for this. Tipperary County Council management or members  did not ask for it and the Boundary Comission did not recommend it  so why does he want  to proceed with such a plan. It is a very strange decision " said mayor Molloy.

He said that some might argue that Clonmel members sitting on their own authority would lead some to believe that Clonmel Corporation was back.

"That is not going to be the case, far from it. Clonmel Corporation had twelve members with its own autonomy that could make its own decisions on how to spend commercial rates.

Cllr. Pat English said he was totally against the proposal being made by Minister Phelan.

He thanked Deputy Mattie McGrath for arranging a meeting between public representatives and Minister Phelan in Clonmel at the Town Hall on February 25.

"If this goes ahead Clonmel will be one of the smallest authorities in the country. That is not on for the biggest town in the county.

It is a downgrade, no  doubt about it, and we should be trying to stop it" said Cllr English.

"While I can of course understand the frustration of councillors with any kind of a change this near to the local elections, I do agree with the formation of a standalone municipal district for Clonmel.

“ One of the main criticisms after the last review was the ending of borough councils. I believe this decision is based on recognising the mistakes made in the Clonmel district from the previous boundary change before the 2014 Local elections.

“I informed him of the disappointment felt within the Cahir district with this decision.  This is the second time in as many elections that the Cahir district has been moved around just to fill numbers and spaces for other municipal districts.”

The matter was discussed at a meeting of Tipperary County Council on Monday in Clonmel.

At the council meeting Cllr. Siobhan Ambrose said she agreed with Minister Phelan's proposal to have Clonmel as a stand alone authority after the next local elections.

She was happy that Minister Phelan had taken on board requests from public representatives that Clonmel should be a stand alone authority  which were made prior to the amalgamation.

Cllr. Ambrose described Minister Phelan's plan as a "step in the right direction".

Mayor Richie Molloy said Clonmel/Cahir had worked successfully. He could see no merit in putting Cahir members in with those elected from Tipperary Town/Cashel.

He could not understand why the authorities were being "torn apart" after the last five years, he stated

Cllr. Martin Lonergan  said he was totally bemused by the decsion of Minister Phelan as it made no sense whatsoever.

"This is not a return to the Borough Council for Clonmel, it is a downgrading of Clonmel if it is anything" said Cllr  Lonergan.

Cllr. Catherine Carey said she was upset by the proposal of the Minister.

She believed the councillors of Clonmel and Cahir worked very hard together for the last five years.

Cllr. Marie Murphy said a meeting was arranged with Minister Phelan  and there would be a lot of questions for him to answer on the matter.

She believed members should wait and see what happened at the meeting  before making any decision on taking any action.