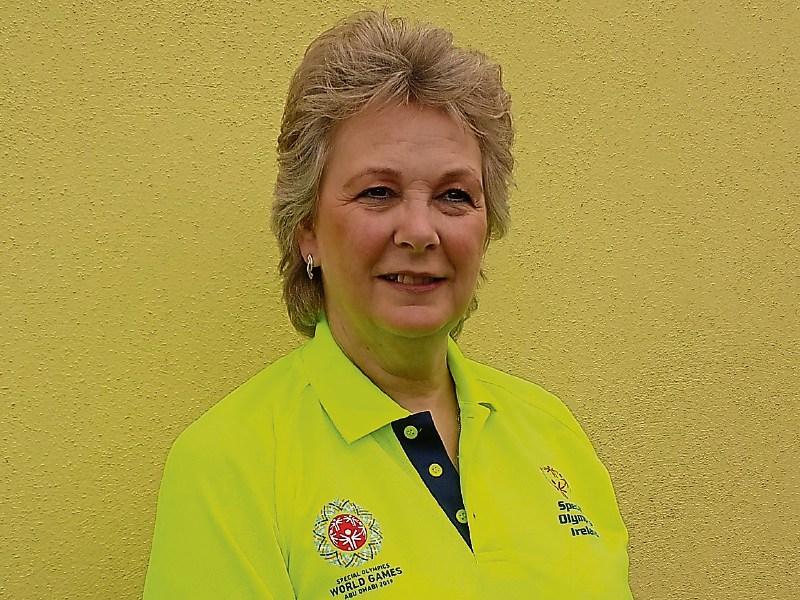 Portroe woman Pauline Nugent: will officiate at the Special Olympics in Abu Dhabi

Pauline Nugent from Portroe will shortly be embarking upon the experience of a lifetime.

Head Coach of the local Ormond Special Olympics Club for many years, Pauline has been selected as an international technical official in athletics for the Special Olympics World Games – Abu Dhabi 2019.

Held every four years, this will be the 15th Special Olympics World Games, and many people still have very fond memories of the tremendous excitement created in 2003 when Ireland was the first country outside the United States to host this huge event.

The Irish team comprises 91 Athletes across 12 sports. The athletes have been selected from clubs all over the country following an exhaustive four-year progressive sporting programme, culminating in the Ireland Games in Dublin last summer.

Pauline is very excited by the prospect of being an international technical official in athletics.

“ I feel so honoured to have been selected by the Special Olympics World Organising Committee to officiate at the Games,” she said.

Her previous involvement at World Games was as head coach or coach for the Ireland athletics team in games in Dublin, Italy, China, Greece, Poland and Belgium.

“This is a rather different role and I will have to remember to remain completely impartial as a Games official,” she joked.

Pauline said that she was a bit nervous to be taking such an important role at this huge event, but she knew that when the Games start she will be delighted to play a part in such a tremendous experience for so many athletes.

This will be the first time the Games will be held in the Middle East.