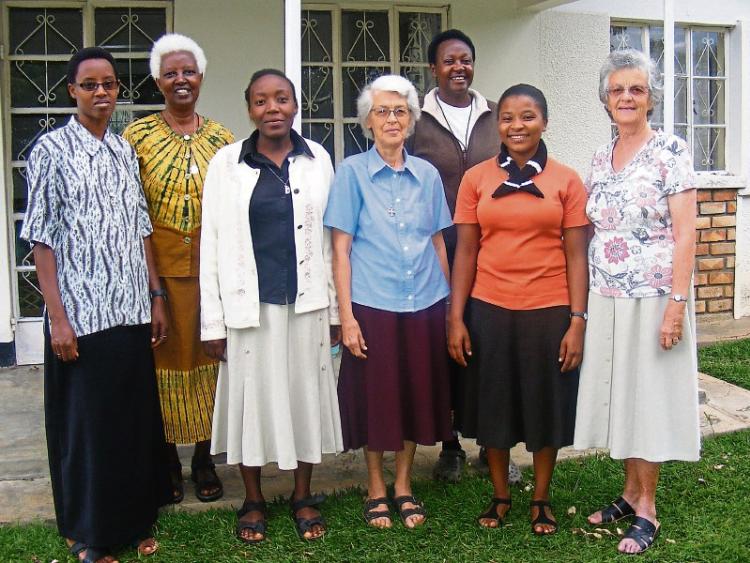 Since first opening its doors to vulnerable children in 2010, Coloma School in Uganda has faced many challenges.

Thanks also to proceeds from the previous concert held by Roscrea Comhaltas, Coloma School purchased two water harvesting tanks which have enabled them to conserve every drop of rain water.

In 2017 a borehole had been drilled and at a depth of over 100 metres, a plentiful supply of water was found.

By means of solar power, a submersible pump carries the water to reservoir tanks from where the water supplies the school by gravity.

With sincere thanks to donors, 2019 is already starting to see many positive developments for Coloma. Plans are now underway to have the first floor of a new dormitory ready for an intake of 40 vulnerable children for primary 3 class.

These children come from extreme poverty but will now have the opportunity to receive an education and learn life skills which will be of great benefit to them and their families in the future.

The pupils and staff of Coloma would like to thank Roscrea Comhaltas for all their efforts with organising their upcoming concert. Although Sr Mona and Sr Eileen left Roscrea for Uganda in the 70s, the support they have received and continue to receive from the Roscrea community and beyond never ceases to amaze them.

Roscrea Comhaltas fundraising concert will take place on Sunday, March 10 at 5pm in Racket Hall Roscrea. This promises to be a fantastic evening of music, song and dance performed by local artists.

Admission is €5 for adults with free entry for children. A monster raffle will also take place on the night. All proceeds in aid of Breast Cancer Ireland and the Sr Mona Maher Uganda School Project.

Sister Mona Maher writes: “Since Christmas the weather in Uganda has been very hot and dry, above 30 degrees usually. Then last Sunday morning, February 24, the heavens opened and we had a real nice tropical storm with an abundance of rain. I again thank Comhaltas for holding a concert for the children of the school. Were it not for the people of Roscrea and the surrounding areas, Coloma would still be a very small school. The children's education is sponsored by Roscrea Comhaltas, and it's thanks to you they have been able to get a good quality education at the school.”