Tipperary crime: spate of break-ins around Nenagh and Roscrea 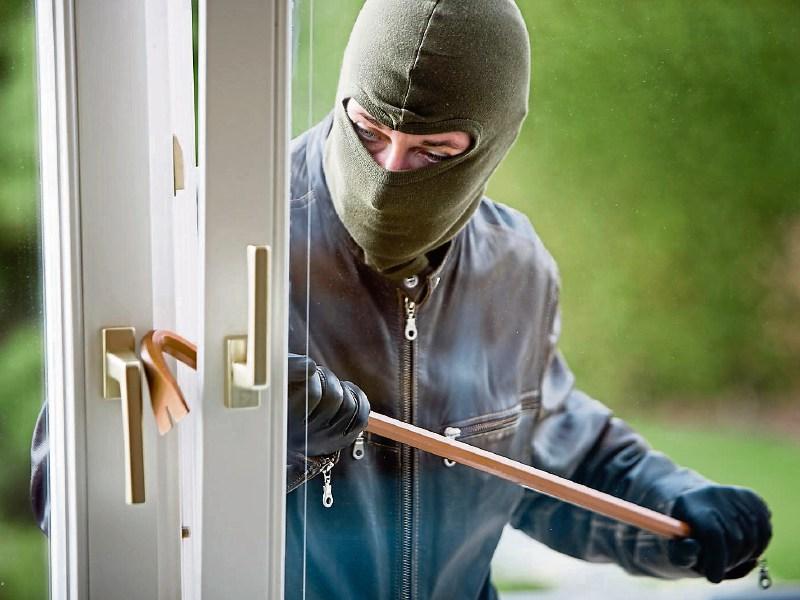 Burgalries: the Gardaí are investigating a spate of break-in around North Tipperary

The gardaí in Nenagh are investigating a spate of burglaries which started on Wednesday of last week with a break-in to a house at Willison, Roscrea.

The crime took place some time between 12 noon and 3pm, with a number of items stolen from the property.

On Wednesday night last there was a break-in to a car at Moneen Court, Roscrea, and again a number of items were taken from the vehicle.

Then on Friday last there were three burglaries, all taking place during daylight hours, that gardaí suspect are linked to the same culprits.

One of the properties targeted was at Sallygrove, Nenagh, where the door of the front door of a house was forced open and a number of items stolen from the property.

Other houses, one in Dunkerrin and another at Limerick Street, Roscrea were burgled.

In the latter case gardaí gave chase to a vehicle, but the driver and occupants escaped.

On the following day, on Saturday last, a house at Fancroft, Roscrea, was burgled at around 10.30pm. A number of items were stolen from the property.

In other crime, a male was arrested in Castle Street, Roscrea, at approximately 11am on Tuesday of last week and charged with a suspected breach of public order.

In Newport on Wednesday of last week a person was arrested on suspicion of drug driving in the area of Church Street.

In Borrisokane on Wednesday last a substance, believed to be cannabis herb, was seized by gardaí after they searched a vehicle.

Near Gortlandroe, Nenagh, on Thursday last a substance suspected to be cannabis and amphetamine, were seized by the Divisional Drugs Unit.

On Friday night last a person was arrested on suspicion of drink driving at Benamore, Roscrea.

On the same date the Divisional Drugs Unit seized what is believed to be a quantity of amphetamines from a property at Ciamalta Road, Nenagh.

At Tullaskeagh, Roscrea, in the early house of Sunday last a vehicle failed to stop for gardaí and was later found abandoned.

On Monday last a male was arrested at Tyone, Nenagh, on suspicion of drink driving.