Tipperary gathering told how he brought football coach out 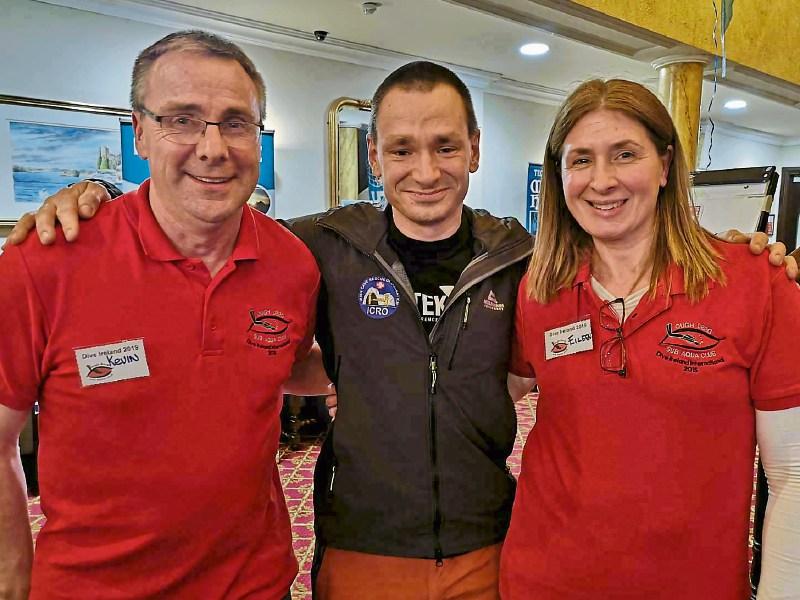 With photographic displays, talks and the chance to win prizes to top class diving locations, Dive Ireland International Expo 2019 was a must for all those who love the deep.

However, the main attraction by far was the presence of Jim Warny, the Clare-based diver who was involved in the spectacular rescue of a soccer team from a flooded cave in Thailand last year.

Mr Warny, who is originally from Belgium, spoke of how he got involved in diving, his mapping of cave systems around the Burren and his dives with some of the world’s best cave divers.

However, the packed hall was there to hear about his heroics in Thailand and Mr Warny didn’t disappoint.

He recalled how he went from offering his services to the team leader to how he was on a plane out of Shannon withing hours.

However, the audience were enthralled by his exploits of going from being a feeder diver to centre stage.

Jim spoke of his initial uneasiness with having to inject the children with drugs to sedate them for the journey out to one incident where a child woke and grabbed his air tubes.

“Give him the drugs, I screamed,” he told the gathering to laughter.

Though it was never intended that he play a central role in the rescue on the final day, he was asked to replace one diver and bring out what he said the divers referred to as a “package”.

What he didn’t realise was that it was the team coach.

“He was so small I thought it was one of the children,” he said.

Jim has been involved with making a film on the rescue, to be called The Cave, which will be released later this year.

The movie, by Thai filmmaker Tom Waller, has Nenagh connections as Mr Waller’s grandparents, Hardress and Lygia, lived near Dromineer.

Tom Waller’s brother Edward, a regular visitor to Dromineer and who sailed with Lough Derg Yacht Club, was killed in a bomb explosion in Bali in 2002.

Among the other highlights was Rory Golden’s talk on the Titanic.

Rory has visited its final resting place and discovered its wheel. Many of those at the talk found it to be an emotional experience as he brought home the ordinary lives that perished on that fateful night in 1912.

The event was organised by Lough Derg Sub Aqua Club, who said that the feedback was very positive.

“Many of the visitors - who came from the UK, Canary Islands, Egypt, France, Malta and Finland, as well as from all over Ireland - spoke very highly of Nenagh and the hospitality they received in and around town that weekend,” they said.

The club thanked all those who were involved either through sponsoring events and raffles or providing assistance.