Former Mayor of Cashel, and Cathaoirleach of South Tipperary Co Council will not contest local elections on May 24 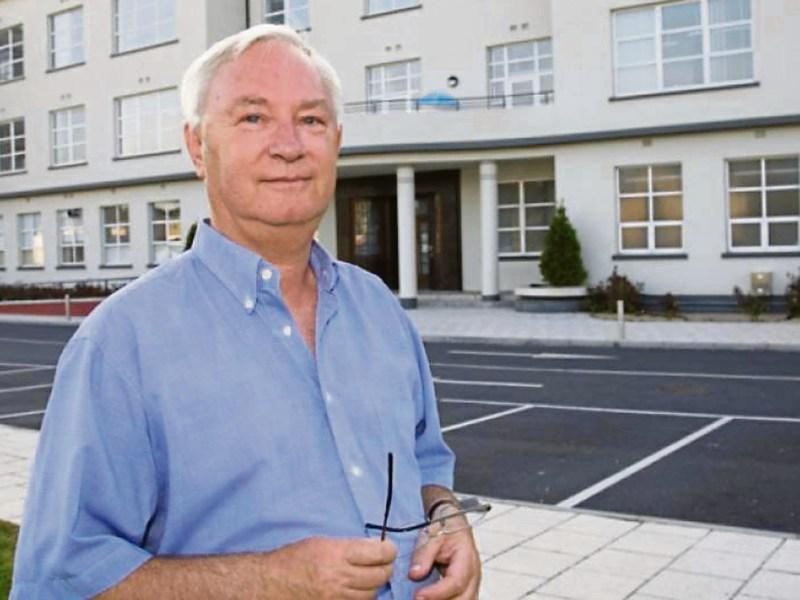 One of Cashel's longest serving local representatives has decided to not contest next May's local elections, bringing an end to a long and distinguished family tradition.

Cllr Tom Wood, who has served as Mayor of Cashel and Cathaoirleach of South Tipperary Co Council, said this week that he is stepping down from politics.

“I won’t be contesting the local election on May 24 so for the first time in 40 years my name will not be on the ballot paper. Since first elected as a Fine Gael candidate to Cashel Urban District Council in 1979 I have contested 14 elections, six for Cashel Urban/Town Council, six for South Tipperary/ Tipperary County Council and two general elections, 2002 and 2007.

“From 2002 I was a non-party candidate. I would like to thank all those who placed their trust in me over four decades; those who helped me on the canvas trail; council officials and staff at all levels of local government; the media, print and radio, for enabling me highlight the many issues relating to the Cashel electoral area. If, through any of my actions or inactions I upset anyone then I sincerely apologise. It would never be intentional.

“I was honoured to serve as chairman of South Tipperary County Council in 2000 and of Cashel Urban Council in 1993, 1999 and 2004 and privileged to wear the respective chain of office both at home and away.

“Every election is memorable but contesting my first as a Fine Gael candidate in 1979 was especially so as my late father, Dick Wood, was also a contestant. We both lived at 10 Ard Mhuire and were both elected to Cashel Urban District Council and subsequently re-elected in 1985 and 1991. He retired in 1999 after forty four of public service.”

“One can be in no doubt when looking at Cashel, past and present, that the historic City of the Kings has progressed and I am pleased with my involvement in many of the developments over the decades including the provision of social housing and our Community School, the N8 Cashel by-pass, the re-development of part of the former Convent site to include a first class public library, the designation of Cashel as a heritage town, aiming for a gold star standard in the provision of facilities for people with disabilities and the development of the Main Street plaza.

“I was also pleased to help our village and rural communities at many levels and prior to the arrival of social media, keep them informed about developments through my news letters. I thank them for their welcome and generosity over the years. I sincerely regret the downgrading of Our Lady’s County Hospital and the transfer of the Bolton Library treasures to the University of Limerick.

“ I hope that my efforts to secure the new 90-bed unit planned as a replacement for the existing 19th century buildings at Saint Patrick’s Hospital will become a reality by the end of 2021 and that our unique cluster of buildings on the Rock will finally gain world heritage status.

“The abolition of our Town Council in 2014, a Council that punched well above its weight, and the subsequent division of our parishes, Cashel/Rosegreen and Boherlahan/Dualla for electoral purposes, was a set-back for local government and democracy.

“I would like to thank my wife Maribel for her support and understanding. Our home was my clinic and we delighted in receiving people there. We married in Spain, her homeland, in April 1991 and immediately spent our honeymoon canvassing the Cashel electoral area for the local elections.

“It was for her a wonderful introduction to the town and our extended rural electoral area. In 2009 she was elected to Cashel Town Council and was honoured, as Mayor in 2011, to host the annual gathering of the European Charter. Its success, she said, was due to a community uniting at every level and with all participants working to present Cashel at its best.

“As I leave the political stage that’s my wish for the future,” concluded Cllr Wood