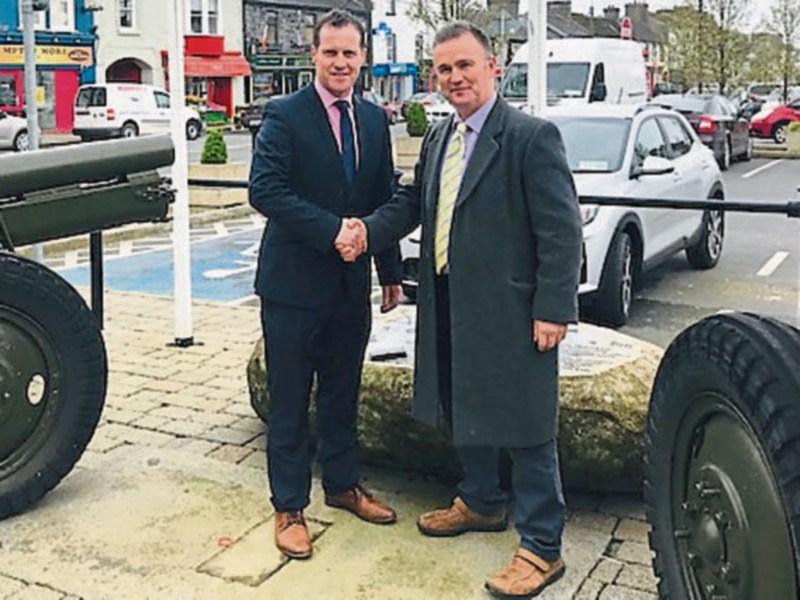 With the impending retirement of long-standing Cllr. John Hogan, Fianna Fáil have chosen William Bergin as a candidate to contest the local elections alongside Cllr. Michael Smith.

William Bergin, from Templetouhy is a grand-nephew of the late Fianna Fáil T.D., Mary Bridget Ryan-Lacken, who served the constituency of North Tipperary with distinction for many years. William himself has being extremely active in his local community and is striving to retain a seat held for many years by John Egan and John Hogan.

A well-known and popular figure from the Moyne-Templetuohy parish, he has been deeply involved in the community all his life. Speaking recently, William said: “I'm currently Chairman of the local GAA juvenile club and treasurer of the board of management of the national school. As a young family man, I'm keenly aware of the challenges facing local communities. Housing, healthcare, roads, rural crime and job opportunities are top of most people's concerns and are major priorities for me, if elected.”

“After being approached and asked to run, I met with Cllrs. Hogan and Smith as well as Jackie Cahill TD and received their strong backing and endorsement to put my name forward. I am currently farming in Templetuohy and I've worked in the construction/quarry industry and spent over fifteen years in the Lisheen Mine. I've seen first-hand what new developments and innovative thinking can do to transform an area both socially and economically.

Promoting and streamlining the process for new projects and existing business must be at the heart of the County Councils agenda and vision. This will be a new challenge for me personally, but one I'm not afraid to tackle. Every organisation needs to bring in new blood and a fresh voice and if elected I'll be proud to represent the area and the wider-Tipperary community to the best of my ability’, he said.

Local Director of elections in Roscrea James Marks stated: “Cllr Michael Smith has dedicated a huge part of his life to serving the needs of the community. He is a passionate supporter of all sports and a huge believer in the importance of outdoor physical activities for the well-being of both young and old.”