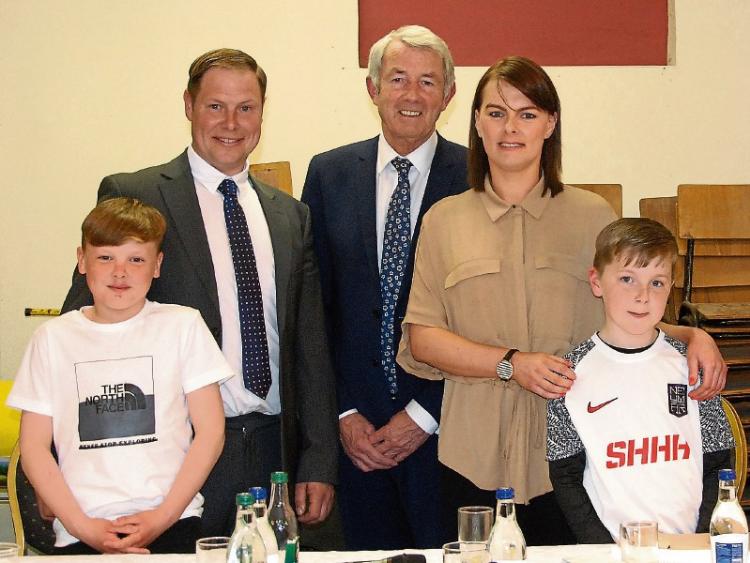 A crowd of over 180 people gathered at the Muintir Na Tire Hall on Thursday night for the election launch of Roscrea community activist Mr Shane Lee.

Mr Lee will contest the local elections late next month as an independent candidate aligned with independent Deputy Michael Lowry.

Mr Lee addressed the meeting where he thanked all his supports and all those who had sent him good wishes but were unable to attend.

Mr Lee explained since the last local elections in 2014, he has worked tirelessly to advance the interests of his local community. Some of the key campaigns and other initiatives that he has helped organise over the last five years include being the founder member and organiser of bunting and flags for Tipperary GAA All Ireland finals in Kennedy Park/N62 road, helper with Roscrea Tidy Towns, chairperson of Roscrea St Patrick' Day parade committee, and chairperson and founder of Roscrea Halloween Festival

Mr. Lee spoke about his mandate listing out some areas he wishes to address if elected including; bring life back into the centre of Roscrea, for businesses locate in the town centre, including a review of current parking charges.

Mr Lee expressed concern at the high numbers currently on the social housing list and the need for practical solutions to tackle the housing crisis, increased funding to improve our roads infrastructure, public lighting and footpath quality.

Among other issues high on his agenda were mental health, tourism, education, greater supports for community groups, access to rural broadband and the need to address crime in a meaningful and long-term way.

Deputy Michael Lowry addressing the meeting spoke about Shane’s history of community work in Roscrea and outlined Shane’s work rate, record of accomplishment and his consistent selfless work on behalf of his local community.

Mr Lee acknowledged the support and loyalty that the people of Roscrea continue to show him and asked if anyone who would like to get involved in his campaign to email him at info.shanelee@gmail.com or call 086-329 6667