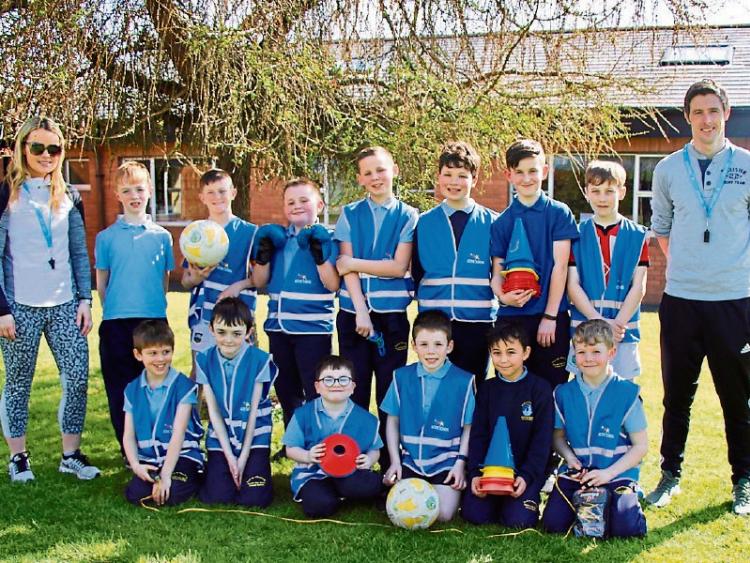 The active school committee at St John the Baptist BNS

Together with their active school committee they started every morning with a Wake Up! Shake Up! Assembly.

Every boy from infants to sixth class loved it. Transition Year students from Cashel Community School came to St John the Baptist BNS on two mornings to teach the boys some new hurling skills.

Mr Coskeran and his third class boys organised circuits for all the classes. Hockey, badminton and basketball were among the stations. Mr Taaffe continued with soccer training .

An active colouring competition also took place and Mikey Gayson from sixth class created the winning slogan which will be used by the active school committee.

One of the highlights of the week was the dodgeball game amongst teachers and parents and the pupils. It was a great success with the score ending in a very even 1 game to sixth class boys and 1 game to parents, and teachers.

There was a 4km run after school on Wednesday for the boys from third to sixth class, and another highlight was the penalty shoot-out against Mr Molloy. It was a fantastic week and the sun shone for the active school committee. Congratulations to them all on a very successful week.