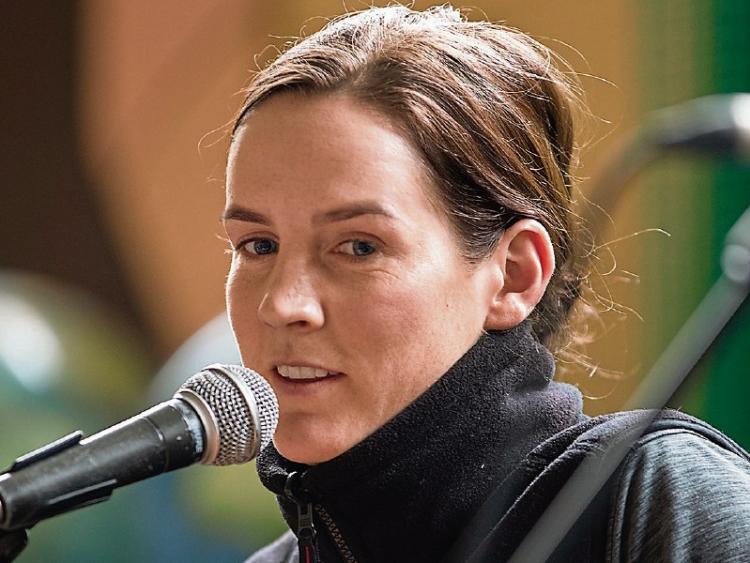 Jockey Rachael Blackmore received a huge welcome back to her alma mater - Clonmel's Loreto Secondary School - when she addressed its Sustainability Expo.

The Killenaule woman, who was one of just two women jockeys to ride in the Aintree Grand National earlier this month, showed students she was a shining example of how you don't have to achieve top marks in the Leaving Cert to be a success in life.

Rachael, who graduated from the Loreto in 2008, told the Expo the last time she was in the school was to collect her Leaving Cert results.

"I went off to one side and opened up the envelope and the tears started flowing down my face. I was after failing chemistry."

She remembered totting up the points and realising she didn't get anywhere close to what she needed for the course she wanted to do.

"One of the girls came up to me and said: 'are you okay'.

“Then she had to break the news to me that I had got 20 points less than I thought."

She joked the disappointment of her results was compounded by the realisation she couldn't add properly.

"I did terrible in my Leaving Cert so anyone stressing out about that  don't worry. I am doing okay now."

Her anecdote was greeted with an appreciative cheer from students assembled at the Loreto's Tinsley Hall for the Sustainability Expo conference.

The 29 year-old, who hit the headlines last month with two race wins at the famous Cheltenham Festival, said she was very proud to come back to her old school and see all the work students were doing to eliminate plastic bottle waste and promote Fairtrade products.

Her work as a jockey involved working outside, so the environment was extremely important to her.

She said the amount of plastics going into our oceans was pretty horrendous and she very much appreciated the work the students of  Loreto were doing to combat this pollution.

"It's our generation that has to make a difference and well done to you for doing it," she declared.

Loreto headgirl Anna Carey, who introduced Rachael Blackmore to the gathered audience of students and staff at the Expo said Ms Blackmore was doing her bit for gender equality in the world of horse racing and everyone at the Loreto was delighted she had come back to visit the school.

Speaking to The Nationalist after the Expo, Ms Blackmore said it had been great to finish the Aintree Grand National.

She was the 10th rider home in the notoriously tough race on Valseur Lido trained by Henry de Bromhead.

"It's a fantastic race to be a part of and I got a great horse.

“He just didn't have as much petrol in the tank at the end as Tiger Roll.

“It was great to finish and I will hopefully build on that in the future.”

Ms Blackmore has just completed a busy weekend of racing at Fairyhouse that included competing in the Irish Grand National on Easter Monday.

Read full report on Loreto Secondary School’s Sustainability Expo and view photos of the event in the printed edition of The Nationalist now in shops.