Council questions use of money spent on subvention 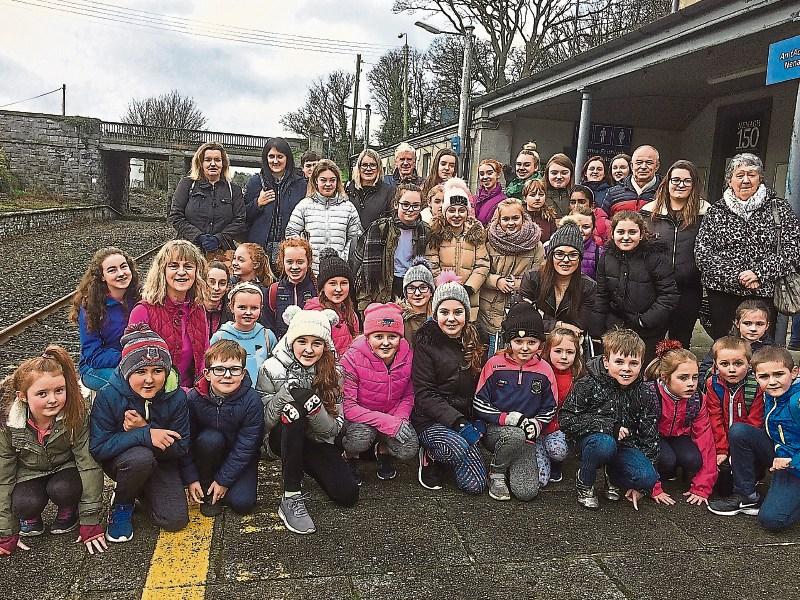 Virginia O’Dowd, left, North Tipperary Community Rail, with some of those who travelled this January with the group from Nenagh to Limerick for their annual trip to Limerick on Ice ice skating rink

Stating that it takes €10m annually to run the two lines, he suggested that sum would be better spent on putting more buses on the roads.

A strange stance, as Tipperary County Council has advocated for the retention of both lines to ensure future development in the county under the National Planning Framework (NPF).

This national strategy document, The NPF: Our Plan 2040, outlines the Government’s intent to improve rural economic development, communications and connectedness over the next 20 years by improving public infrastructure in rural areas - including public transport - within the context of the challenges posed by climate change.

We warmly welcome the response of councillors Joe Hannigan, Hughie McGrath, Ger Darcy and Seamus Morris, who objected robustly to Mr Slattery’s proposal and made strong cases for the increase in potential customer base if the services were to be improved rather than further degraded.

Cllr McGrath pointed out that the already huge volume of road traffic going into Limerick has led to the need for the widening of the Mackey roundabout in Limerick.

The absurdity of taking money from existing rail services to create even more traffic on the roads clearly contradicts not only our county council’s own public stance, but goes against the aims of the Government’s national public policy strategy for the next two decades.

As north Tipperary rail commuters, we strongly question the figures presented by Mr Slattery - the supposed cost of running these two lines plus his passenger subvention figures, which are at the highest end of any previously published estimates; we would be keen to know exactly where these figures come from.

We applaud the four councillors’ support not only for the retention of these two working railway lines, but for the basic improvements that would make their services commercially viable.

Cllr Morris had spoken to staff at First Data in Nenagh, many of whom live in Limerick and would like to see improvements in the rail links; other obvious additional users of an improved service would be small town to urban area commuters, and University of Limerick students.

Cllr Darcy pointed out that the current timetable doesn’t allow commuters to arrive in time either for work or university lectures - so it obviously doesn’t suit those that could and would otherwise use it.

We agree with his assessment that “it shouldn't be rocket science” to create a train link to UL so that students from north Tipperary could commute to college.

Developing our rural rail services is central to developing the viability of rural areas, to improving access to job opportunities, education and health services for rural dwellers, and is core to developing a serious solution to the ever more alarming challenges of climate change, a dire situation only exacerbated by our increasingly reckless reliance on road vehicles.

Time to waken up and get on the train to help fight climate change.