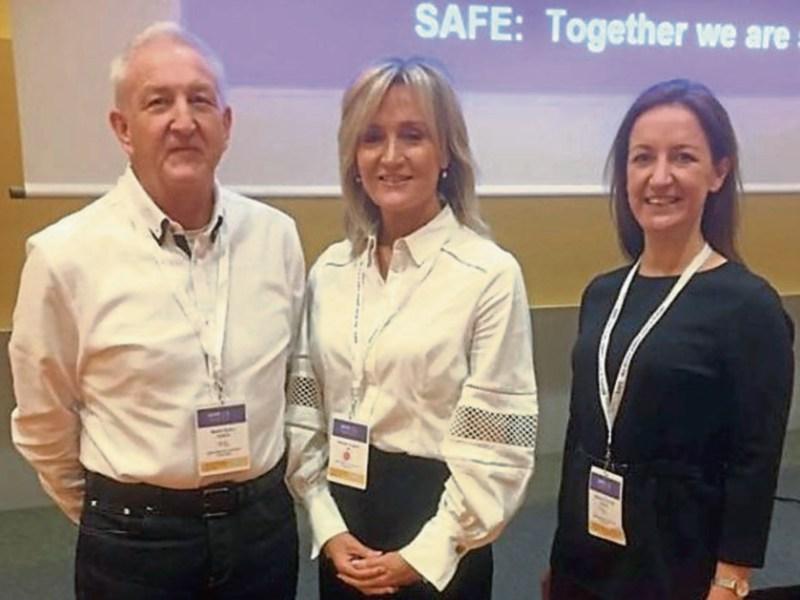 Tipperary stroke survivor, Martin Quinn, was one of two delegates from the Republic of Ireland to attend the SAFE Regional Conference which was held in Paris.

SAFE (The Stroke Alliance for Europe) is a non-profit-making organisation which was formed in 2004. It is the voice of stroke patients in Europe, representing a range of patient groups from more than 30 European countries.

SAFE’s goal is to decrease the number of strokes in Europe by advocating for better prevention, access to adequate treatment, post-stroke care and rehabilitation.

Martin Quinn and Helena O'Donnell (Head of Advocacy with the IHF) were the delegates from the Irish Heart Foundation to the conference, which focussed on the Stroke Action Plan for Europe implementation and on ongoing stroke support organisation activity across Europe.

MrQuinn says that it was a valuable opportunity to give input into the discussion points of the agenda.

"As stroke survivors it is very important to to be front and centre of any developments that will help prevent stroke-related deaths and disability and therefore I was delighted to be asked to attend the conference as a delegate of the Irish Heart Foundation and to give my input into the varied agenda points".

The conference heard about the implementation of the Stroke Action Plan for Europe, which focuses particularly on work that can be done in each country with stakeholder engagement and partnership in advocacy and also about an event which was held under the patronage of the Romanian Presidency of the Council of the European Union (EU), on the role of policy in tackling stroke which took place in Brussels in March.

Mr Quinn says that the event in Brussels represented an important opportunity to bring together European, national and local policy stakeholders to foster discussions on the need for policy action in the area of stroke.

"Joining forces with EU policy-makers to address the burden of stroke that stroke survivors, their families and the overall society are currently facing is essential. It was important therefore to hear of patient representatives and clinical experts calling on the EU Institutions to recognise the burden of stroke as its own incredibly important entity, rather than diluting it in the wider classification of cardiovascular diseases and on the request to the EU to facilitate discussions between its Member States on the implementation of the Stroke Action Plan for Europe".

The Stroke Action Plan for Europe 2018-2030, proposes an approach to stroke management, from primary prevention to acute care, rehabilitation and life after stroke. It sets out minimum targets to be reached in every European country by 2030, to equalise quality of care across Europe.

He says that the conference in Paris gave him an insight into the disparities that exist between and within European countries across the stroke care pathway - from primary prevention to life after stroke. Between 2015 and 2035, the absolute number of strokes is expected to rise by 34% in Europe and the Stroke Action Plan for Europe 2018-2030, launched by SAFE, provides European countries with the tools to reverse this trend.

"The burden of stroke falls upon us all, but especially on the millions of stroke survivors and their loved ones, living with its consequences every day. Across Europe we need to see a step change so that everyone can get a personalised assessment of their risk of having a stroke and any treatment they may need. It is important therefore that we all work together to pursue the targets set out in the Stroke Action Plan for Europe to reduce and minimise the impacts of that burden".

Mr Quinn says that he very much supports the call from the Irish Heart Foundation for a programme called Early Supported Discharge (ESD). This programme means moving people out of hospital beds and getting them home earlier. They get their therapy for the first 6-8 weeks at home, and it’s been proved in many countries around Europe that this improves outcomes and actually reduces overall costs for the health service as well. This programme was outlined at the Conference in Paris by Helena O'Donnell, Head of Advocacy with the Irish Heart Foundation.

The Conference also heard about plans for European Stroke Awareness Day on May 14, and SAFE’s main campaigning theme in 2019 of ‘Life After Stroke’ which will culminate for World Stroke Day, October 29th, when SAFE will present the Economic Burden of Stroke in Europe Report.