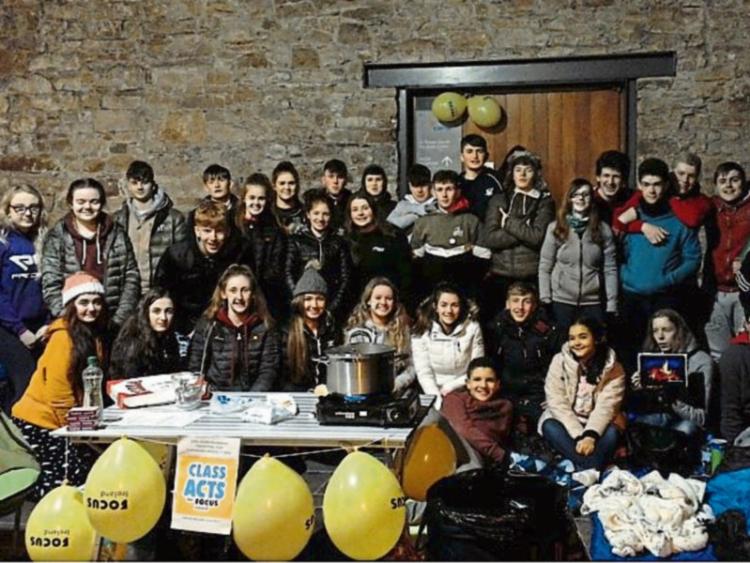 The students from Scoil Ruáin Secondary School, Killenaule, who went homeless for a night on March 1

The students of Scoil Ruáin Transition Year in Killenaule are “Class Acts” in raising €2,045, the highest amount raised by an Irish school, for Focus Ireland’s Class Act Homelessness Initiative

On Friday, March 1   this year, Scoil Ruáin’s Transition Year participated a sleep out in aid of Focus Ireland, a charity dedicated to supporting the homeless in Ireland. They camped out between the hours of 8pm and 8am on March 1  underneath the outer roof of the Main Guard in Clonmel. The students with their teacher, Ms. Mary Cummins, organised the sleep out as part of a Wellbeing Awareness Initiative and Class Acts fundraiser in aid of the homeless charity Focus Ireland.

On Wednesday, May 8 they presented their substantial cheque of €2,045.00 to Ms. Cathryn O’Leary of Focus Ireland.  Ms. O’Leary was thrilled with the great amount raised and praised the hard work of the students in achieving the largest sum raised across the country within the Class Acts Initiative. A huge congratulations to all involved, and to all who generously sponsored the Transition Year students.

According to the students themselves they said “We learned a lot by sleeping out on the street from 8pm to 8am. We are now much more aware of the difficulties encountered by the homeless. We hope our donation will help someone in this terrible situation”. The number of homeless families has increased by 13% in the past year. 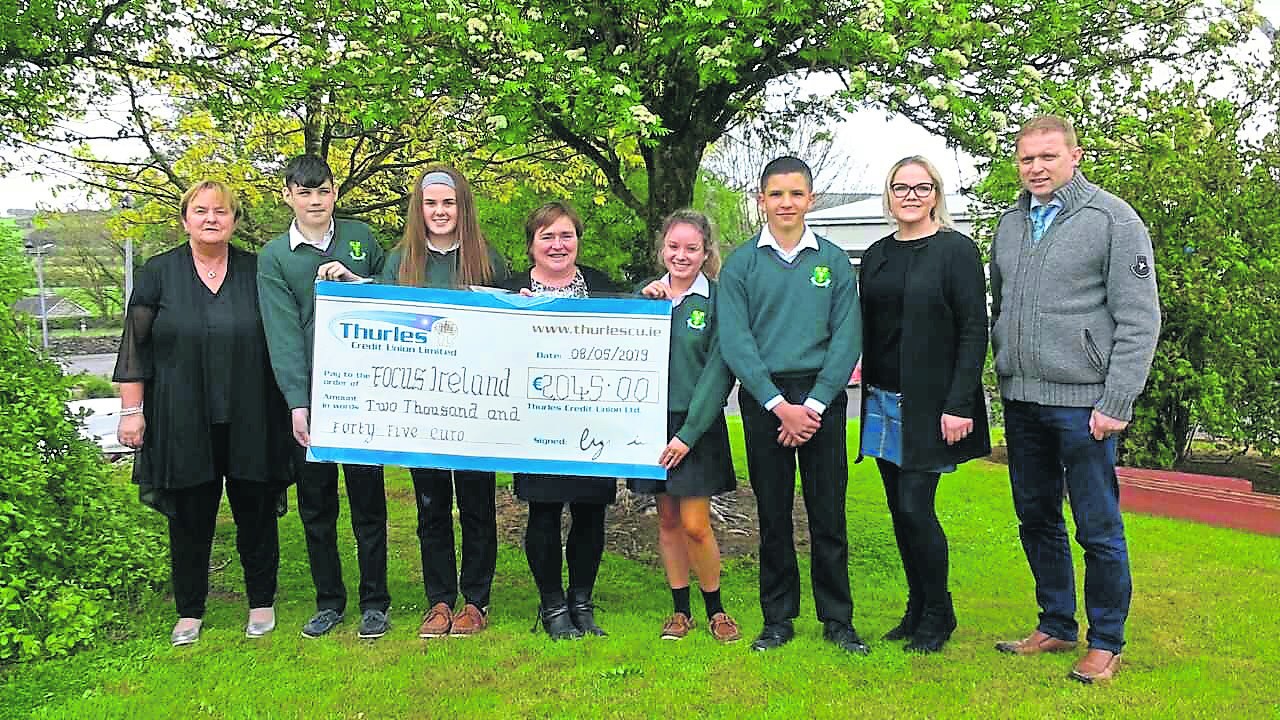