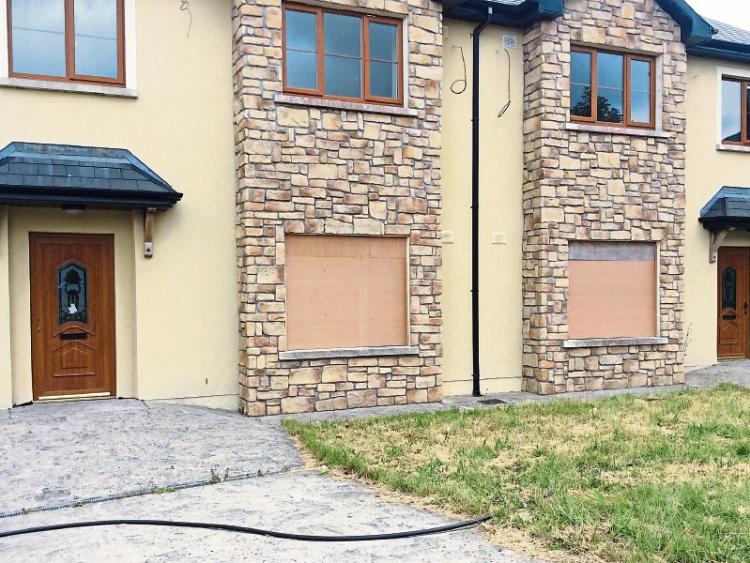 Tipperary Co. Council has been urged to intervene to get a derelict building site in a Carrick-on-Suir housing estate cleaned up because it’s attracting illegal dumping, bonfires, drinking parties and other anti-social behaviour.

A motion was passed at Carrick-on-Suir Municipal District's monthly meeting urging the Council to write to the owners of the building site next to Hazel Close in Greenhill Village and ask them to clean it up and make it safe.

It was tabled by Carrick-on-Suir Sinn Fein Cllr David Dunne and seconded by fellow Carrick-on-Suir councillor Kieran Bourke, who both condemned the condition of the site and highlighted the impact it was having on neighbouring residents in Hazel Close.

The Council responded that it would investigate the matter under the 1990 Derelict Sites Act as its staff resources allowed.

According to Cllr Dunne, the derelict site comprises about 11 vacant houses, which are boarded up      and a building site comprising the foundations for about eight further homes.  Two of the 11  vacant  houses are significantly fire damaged.

Cllr Dunne said he sent an email, via the Council, to the new owners of the  vacant houses and building site   months ago requesting the  clean up.

He told the Municipal District meeting he was   informed kids had gained entry again into the two fire damaged and boarded up houses. He said  in the building site people were drinking, abusing drugs and  lighting bonfires.  Horses were wandering on the site and there was    illegal dumping of rubbish there    close to a creche.

He pointed out  the Council owned a number of houses in Hazel Close.

Cllr Dunne said he understood the   new owners were good and were working through issues in a number of estates in the Carrick Municipal District.

"I am asking that they come and clean up this site. This is going on well over five years,” he declared.

Cllr Bourke said he totally supported Cllr Dunne's appeal. He said he was in this estate the previous day and was "absolutely shocked and horrified" at the situation.

He said the Council owned six houses in Hazel Close.  While the houses were fabulous, the tenants were living in deplorable conditions because of  this building site next to them.

He argued  the Council as a  landlord had a duty of care to these tenants.  "I totally and utterly sympathise with the misfortunate people who have to rear children in this particular area. We really have to get tough on these people," he said  referring to the  owners of the vacant houses and building site.