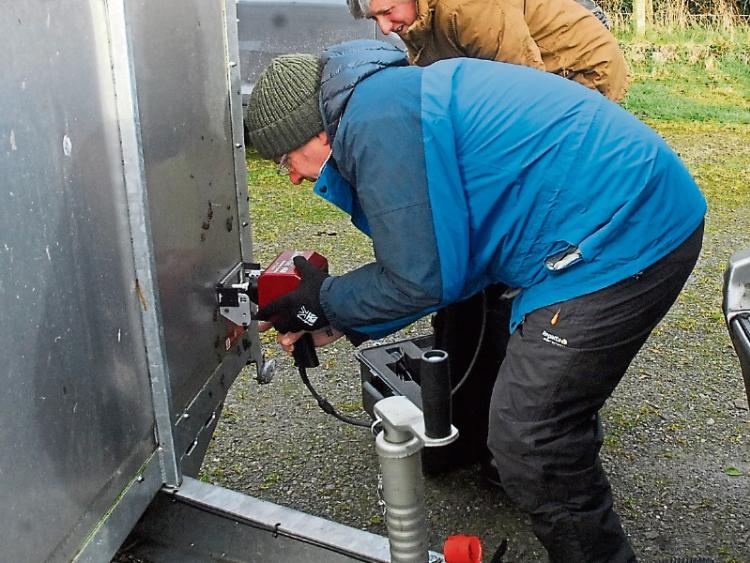 Carrick-on-Suir Municipal District is planning to purchase a property marking machine to enable homes, businesses and land owners to mark their valuables to deter thieves.

The property marking machines are being lauded as a new weapon in the battle against rural crime and have been successfully piloted in counties along the border.

Carrick MD Director Pat Slattery told the monthly meeting of the district's councillors that the Council was going to purchase one of these machines.

"We have been engaging with the providers wtih a view to purchasing one for the Carrick District. We are going to go ahead with that," he said.

Mr Slattery added the company offered to manage the administration of the scheme and he indicated the Council will try that for a while.

The local authority is taking this step after Fianna Fail Cllr Imelda Goldsboro from Ballingarry and Independent Cllr Andy Moloney from Poulmucka tabled motions at recent Co. Council and Tipperary Joint Policing Committee meetings requesting the Council purchase five property marking machines that would be loaned to Community Alert Groups throughout the county.

Cllr Goldsboro asked if it was possible for active Community Text Alert groups to seek funding to purchase a property marking machine.

She pointed out there were about 25 parishes in Carrick-on-Suir Municipal District.

It was a huge area and it would take a long time  for the property marking machine to reach the rural villages, she pointed out

She suggested that several Text Alert groups could join together to purchase a machine.

Mr Slattery said it was a good suggestion to have community based funding for this initiative and promised to look into Cllr Goldsboro's proposal.

He outlined that a property marking machine cost about €6000 and training to use the machine would be an extra cost.

Cloneen councillor Mark Fitzgerald, who organised two public meetings in Fethard and Cloneen last month about the property marking initiative, said the property machines will be welcomed in this county.