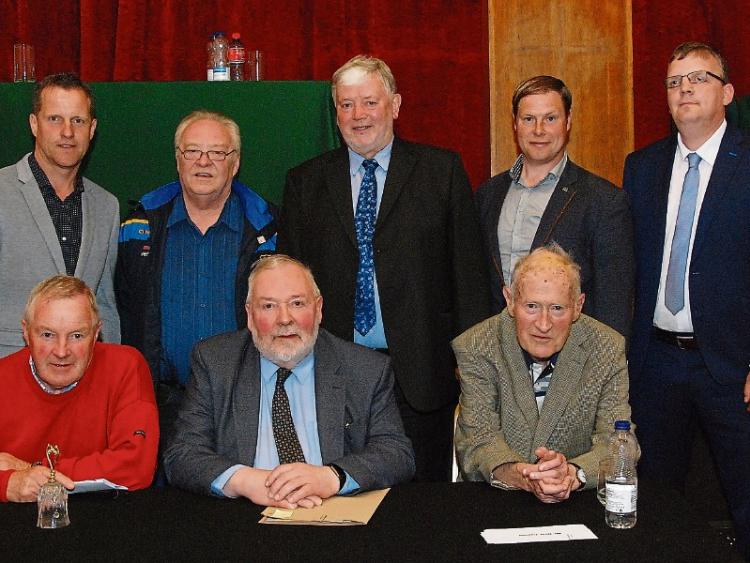 Concerns over the future of the Dean Maxwell community nursing home, the scourge of drug abuse and suicide, jobs, the garda station, and dereliction were the main concerns during what were often heated and emotional scenes, with over 100 people present.

Noel Coonan, Michael Smith, Shane Lee, Tommy Murphy, and Jonathan Cullen each spoke for five minutes, followed by a Q&A session with the public. Other candidates, William Bergin, Eddie Moran, and Michael Donovan extended apologies for not being able to be present.

Noel Coonan spoke movingly of his late wife Pauline, and promised to be a “strong voice” for Roscrea. The “stand out issue” is to reverse the decision to take away the long stay beds in Dean Maxwell, said the former TD and Senator.

Cllr Michael Smith (FF), said they had heard “platitudes from TDs” about Dean Maxwell, bu the area really needs a TD and “strong representation” to boost jobs and investment. “There is not a single group in Roscrea I have not helped, and tried to help,” said Cllr Smith.

Lowry group Independent Shane Lee outlined his long list of volunteerism, and said he had fufilled a pledge to “work tirelessless for the people of this town” since his last election campaign in 2014.

Independent Tommy Murphy has been involved in Community First, and said his priority is to tackle deprivation, drug addiction, and mental health issues in Roscrea. “We need to get employment back into this town. There are so many empty factories,” said Mr Murphy.

Fine Gael's Jonathan Cullen said his focus is youth, addressing special needs, and that he had written to both the Ministers for Finance and Health concerning Dean Maxwell, along with supporting local clubs and associations.

The Sean Ross Abbey, where human remains are being investigated, had left a “dark cloud over Roscrea,” said one member of the public. “Fine Gael have had their chance to make a change in the Dáil and at local level,” said this speaker, a member of Sinn Féin.

“I will not take lectures from Sinn Féin. I have worked for many local organisations, and I believe actions speak louder than words,” responded Noel Coonan. The Sean Ross Abbey site has been recently sold, and the new owners have engaged with the Co Council, said Cllr Smith.

FF member Conty Cunningham said there had been “nothing from TDs” since the last meeting regarding Dean Maxwell, and suggested marching on Leinster House. Shane Lee responded forcefully, telling Mr Cunningham not to turn Dean Maxwell into a “political football.” Noel Coonan said the Minister has agreed to visit Dean Maxwell after the election, and an announcement is expected.

There is an anti-social behaviour “epidemic” in Roscrea, said another member of the audience. “Twelve year olds are taking drugs in Roscrea,” he claimed.

Tommy Murphy referred to a new 'smart recovery' programme for addicts, but Roscrea needs a resource centre to provide counselling services, he said.

Jonathan Cullen said a youth forum would help: “young people are afraid to talk, that they will get into trouble.” The evening was organised by Roscrea Community Development Council (RCDC), chaired by John Lupton.