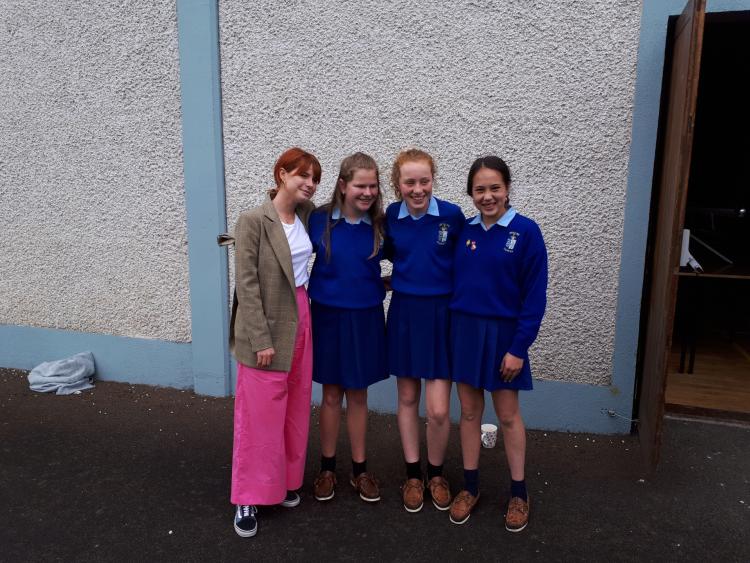 " Follow the world and the yellow brick road you have in front of you, because it  is there for the taking" - Jessie tells students

TV and theatre star Jessie Buckley returned to her alma mater, the Ursuline Secondary School, this afternoon for an emotion homecoming which featured the presentation of end-of-year prizes in the Sr Ursula Memorial Hall.

When the Wild Rose star arrived out onto the stage she had graced on so many occasions during her time in the school, the cheers could be heard as far away as the Cathedral of the Assumption. Jessie is as popular now as a past pupil, as she was as a pupil in the mid-late 2000's.

Playing leading roles in school shows such as Chess, Children of Eden and West Side Story - all male roles by the way, and something for which Principal Mary Butler, jokingly apologised - Jessie went on to realise her dream having left the school after her Leaving Cert. In the school yearbook of 2007, Jessie had outlined how she wanted  to be an actor on Broadway and the West End - she has certainly achieved that and the 29 year old told all of the Ursuline girls, including her own sister who is currently a pupil in the school, that they too can achieve their dreams. 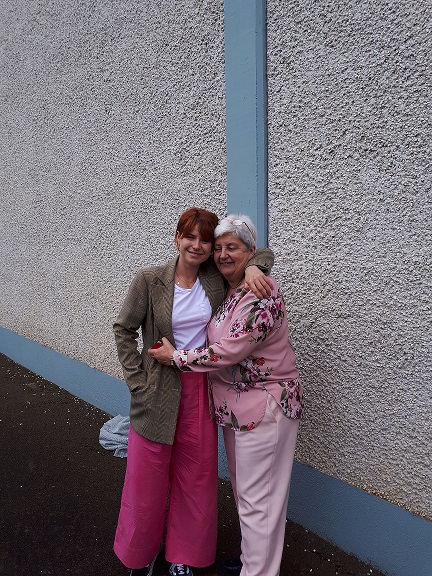 "I have so many amazing memories of my time here in the Ursuline, but I have to say that I had no idea how to get an A in anything. I just wanted music and song. Follow the world and the yellow brick road you have in front of you, because it  is there for the taking. Life takes work and it takes a struggle for you to get the things that you want to get, but you can get it.

"If you are passionate about the life you live, who knows where it will go. Let yourself be surprised by life. Open your eyes, your ears and your hearts and you will have the best of times," she said before paying a special, emotional  tribute to Principal Mary Butler, whom she described as a dear friend.

She had a special message to the sixth years who have just completed the school days and who will embark upon the Leaving Cert in the coming weeks.

"You have a unique and invaluable place in this world and you must realise that. Being a woman and being alive is not about being perfect -we all have our bits and pieces that we don't like about ourselves. But being a woman is about sharing in the experiences of this big beautiful world and embracing your position in it. I wish that for all of you," she said to great cheers.

The end of year awards were presented with Jessie presenting the Hyland Trophy for music students of the year, which she had received herself in 2007. The awards went to Emma Nesbitt and Caitriona Timmons.

The other awards were:

Congratulations to all the winners.