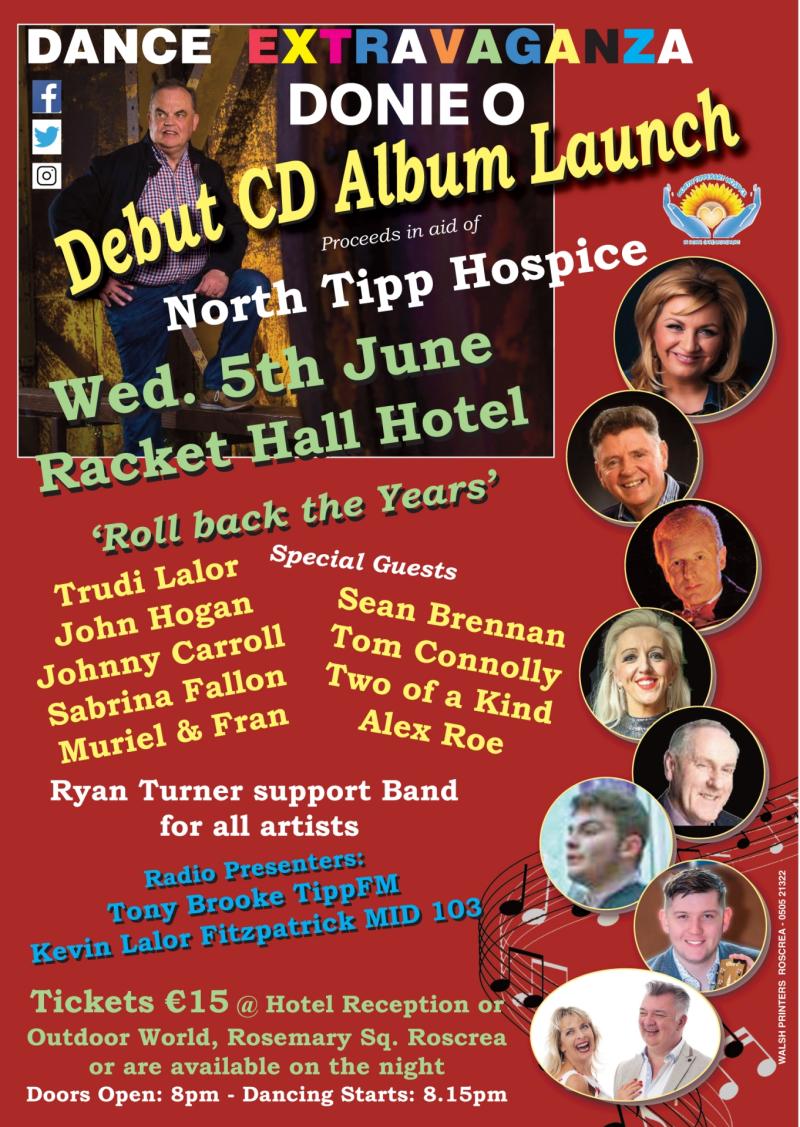 Donie recorded the album over many months in Cloughjordan. The long awaited album is gaining strong airplay across the country and is very well received by music critics.

Joining Donie on the night will be Trudi Lalor, John Hogan, Johnny Carroll, Sabrina Fallon, Muriel & Fran, Sean Brennan, Tom Connolly, Two of a Kind and Alex Roe with the Ryan Turner band as support for all artists. Also in attendance will be Tony Brooke of Tipp FM and Kevin Lalor Fitzpatrick of Midlands 103 FM.

There will also be a raffle on the night with spot prizes. All proceeds from the night will go towards North Tipperary Hospice.

Tickets are €15 each and are on sale from reception at Racket Hall or Outdoor World in Rosemary Street, Roscrea.

Doors open at 8pm with dancing starting at 8.15pm.