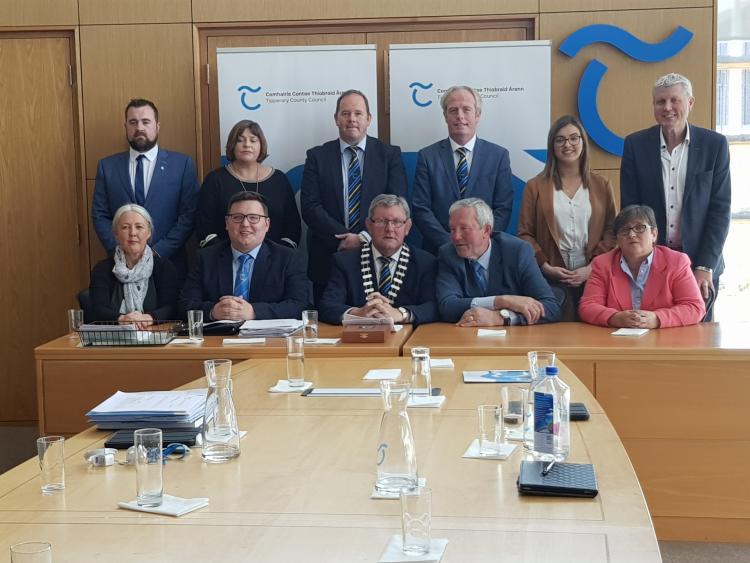 The popular Golden-based councillor who topped the local elections in Tipperary with 3,005 first preference votes was elected with the backing of the four other FG councillors, Mary Hanna Hourigan, John Crosse, Declan Burgess, and Marie Murphy, while Fianna Fáil’s Roger Kennedy and Michéal Anglim, and independent Andy Moloney, also backed his candidacy.

Cllr Fitzgerald was proposed by Cllr Murphy and seconded by Cllr Burgess. Cllr Murphy said it “makes sense to have someone with experience in that position,” and with over 3,000 votes, “the people have spoken.” Cllr Burgess said the new municipal district covers “a vast area” and that needs “vast experience.”

Cllr Annemarie Ryan (non-party/March4Tipp) ran against Cllr Fitzgerald by nominating herself, and was backed by Sinn Féin’s Tony Black, whom Cllr Ryan backed for Leas Cathaoirleach. Cllr Ryan said she could be a “new beginning” and with new eyes, “could bring a lot to the table.”

Independent Mairín McGrath abstained in voting for both positions.

Cllr Roger Kennedy (FF) was elected Leas Cathaoirleach, having been proposed by Cllr Anglim and seconded by Cllr Hourigan. Cllr Kennedy was backed by the same councillors who voted for Cllr Fitzgerald.

Now incorporating the Cahir local electoral area, this local authority has 11 councillors, up from seven previously, and represents 27.5% of Tipperary Co Council.

Full story in next week's Tipperary Star and Nationalist newspapers