Tributes are paid to a 'gentleman' 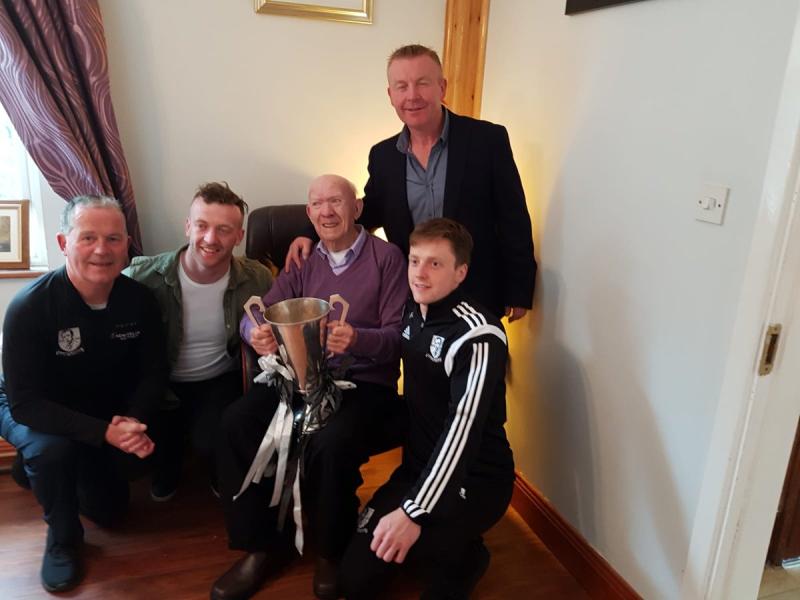 The parish of Kilruane is in mourning this week following the death of John Lawlor, Kilruane, father of journalist and author Damian.

John, a proud Kilruane MacDonagh man, served as a selector and secretary with the club for a number of years.

Tributes were paid on social media to Mr Lawlor,with Tipperary Cumann na mBunscol describing Mr Lawlor as "one of the greatest Gaels North Tipp has seen; a lifetime of service given to our games."

Mark O'Leary of Irish Web HQ, said: "Sad, sad news, a lovely man and a great hurling man and worker for Kilruane MacDonaghs. Got many a lift to a juvenile match with John and he always had time for a chat with everyone."

Mr Lawlor, who died peacefully surrounded by his cherished family, is predeceased by his beloved baby daughter Elizabeth.

Reposing at Ryans Funeral Home, Nenagh this Wednesday from 4pm, with removal at 7pm to arrive to SS Michael and John's Church, Cloughjordan at 8pm. Requiem Mass on Thursday, June 20, at 11am, followed by burial in Grawn Graveyard.

Damian is the author of Fields of Fire: The Inside Story Of Hurling’s Great Renaissance in Croke Park; I Crossed the Line – the Liam Dunne Story; Working on a Dream – A Year on the Road with the Waterford Footballers, and All In My Head, Lar Corbett’s Autobiography.