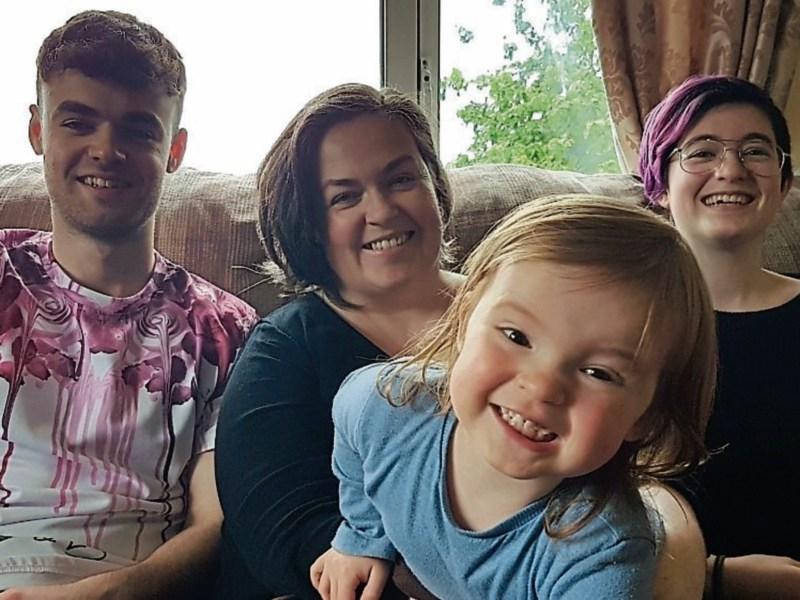 Fundraising appeal: Bríd Ní Chíosóg from Nenagh who has launched an appeal to raise €30,000 for stem cell treatment in Panama for her Still’s Disease, with her son Diarmaid Ó Donnchadha, 18; daughter

A Nenagh woman has launched a fundraising appeal for treatment for severe arthritis.

Bríd Ní Chíosóg, a duaghter of former Nenagh town councillor Paddy Joe Cusack who operated Celtic Copper and Brass at Carrigatogher, has suffered from Still’s Disease since she was a baby, which has resulted in her living with chronic pain and fatigue.

Still’s Disease is an autoimmune disease that mainly targets joints.

“My neck, hips, knees, jaws and wrists, have been the most affected as well as each of the joints in all my fingers,” says Bríd on her GoFundMe page.

There is also a high likelihood of her organs being affected by autoimmune disorders as well.

Because of intolerances to many medicines as well as a steroid allergy, she has had to manage for most of her life with natural medicines and self-care routines, which she has funded herself.

Following the birth of her baby girl Atéa, two years ago, her mobility has been severely affected and reduced.

“I can no longer walk or get around unaided. I have been very lucky in recent weeks, to receive a mobility scooter from the health board. This means that whilst I still need someone with me to lift the scooter in and out of the car for me, while we are out and about I have some sense of independence,” she says.

Bríd says that she is now dependant on her partner Egidijus for all of her care.

“I need help getting dressed, and getting to and from the shower. He prepares my meals and fetches and carries for me,” she says.

Recently, she came across information about a therapy in a clinic in Panama where doctors have been getting phenomenal results when treating autoimmune diseases. The stem cell therapy in this institute is very different from stem cell therapies in Europe and various parts of the world as it does not require a match, meaning the cells can be used for anyone.

“It is the first time in my life where I have come across an actual treatment that very well may cure my disease,” says Bríd. “I cannot put into words what this would mean to me. To get to walk unaided again. I have difficulty even thinking about it, but, to be able to get around the house, make a cup of tea for myself, prepare food for my family, wash myself without help, go for walks with my children, play on the floor with little Atéa, have her be free to climb on my lap and not have to learn so young to be careful of hurting mammy, for her to be able to run and jump up in my arms, and for me be able to lift and carry her. It breaks my heart to miss out on so much with her,” she says.

However, Bríd needs to raise €30,000 to cover flights and her medical bills if she is to avail of the treatment.

The consequences of not being able to get the treatment would condemn Bríd to a number of operations, and she would be confined to a wheelchair.