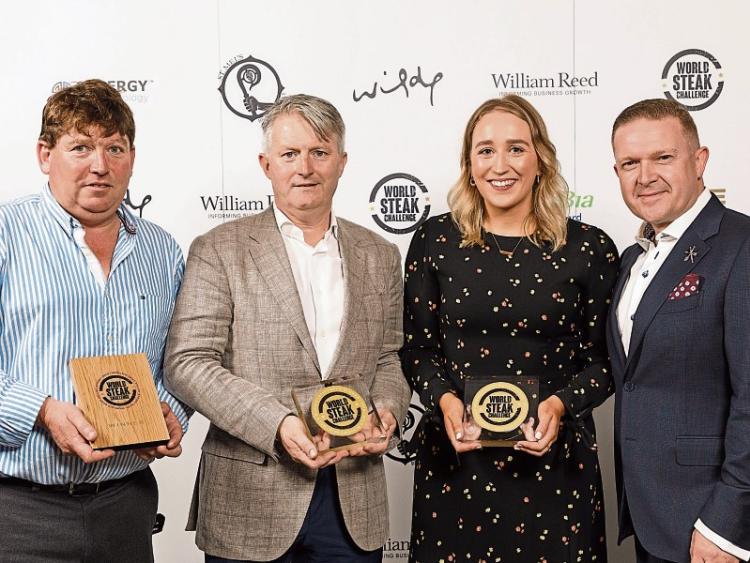 ABP in Cahir was announced winner of the World’s Best Fillet Steak at the World Steak Challenge 2019 in Dublin this week.

The annual competition sees beef producing nations across the globe compete for these prestigious industry awards. ABP were the most successful Irish producer at the awards.

ABP were particularly pleased to be judged winners of the World’s Best Fillet Steak.  The winning steak, which is produced in ABP Cahir, was described by judges as a “picture-perfect fillet with all the flavour to back it up”. These awards are an endorsement of the unique Ultra Tender Process that the company utilises.

In total, ABP were awarded 13 gold, 14 silver and 13 bronze accolades across a number of different categories. These awards are an endorsement of the unique Ultra Tender Process that the company utilises.  The company saw off stiff global competition to take home the highest number of awards by any company on the night.

Dave O’Connell, European Commercial Director, ABP said: “ABP is delighted to have received 41 awards, which included 27 awards for ABP Ireland.  This is further endorsement of our Ultra Tender process that currently sees ABP beef served in over 200 Michelin starred restaurants across the world. It is also an acknowledgement of the hard work and dedication of our teams in Ireland and across Europe.”

The awards reaffirm ABP’s position as the leading beef processor in the EU. The World Steak Challenge offers leading steak producers across the globe the chance to benchmark their products against competitors and aims to highlight the benefits of eating steak as part of a healthy balanced diet. As part of the judging process, products are judged in both raw and cooked form by an expert panel of judges against internationally agreed criteria. Judges for the blind tasting included top UK, European and Australian chefs, butchers, food writers, meat scientists, authors and trade personnel.

Sustainability is a key priority for ABP, across its operations in Ireland and Europe. ABP is on track to achieve its ambitious 2020 sustainability targets ahead of schedule, with a cumulative C02 emission reduction of 350,000 tonnes since 2008.  The company will soon become the first Irish meat processor to measure its environmental impact against science based targets. The new science based reporting will be against a 2016 baseline. ABP is a founder-member of the recently formed Plastics Action Alliance group, along with other agri-food companies, that have the collective aim of making plastic packaging in their respective supply chains more sustainable.