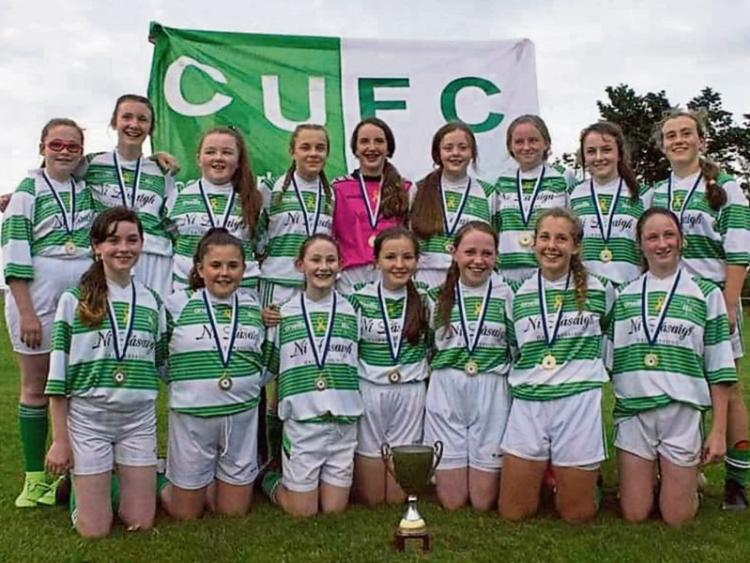 The victorious Carrick United U-14 team

A special mention must go to Carrick Utd defender Isobel Foley. Isobel travelled back from Thailand on the day of the match only arriving at the airport five hours before kick off.

That didn't stop Isobel from ensuring that she played in the cup final and produced a stormer of a performance.

It was Isobel's second cup final in a month as she is also a member of the club's U-12 squad  which contested the U-12 Cup final against Bohs. It's dedication like that which shows the League is in good hands with this generation of girls.

Carrick Utd. congratulates the U-14 team on their great victory and commiserates with the  Tramore players who can hold their heads up high and no doubt based on their display.

Games were played in a round robin basis of 20-minute games and Carrick advanced to the winners’ final after 3 draws. They beat Tramore B on penalties to get to the final after they finished level on points. Two great penalty saves from Danny Prout ensured passage to the final. They played the unbeaten Kilmacow in the final and Carrick won the game 1-0.

The goal was scoared by Oisín Crowley after some great work from Josh O’Sullivan.