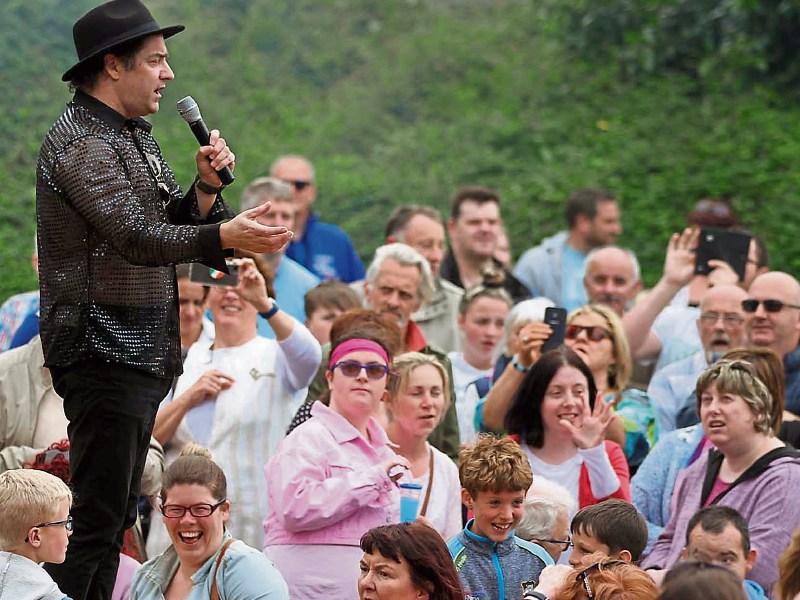 Brian Kennedy entertaining the crowds at this year's Nenagh Castlefest

The Independent councillor had asked at Nenagh MDC why the festival did not get funding other than what it got through the district council, councillors and the council executive.

“It is ticking all the boxes for community funding,” he said.

Cllr McGrath also called for a platform for emerging rock bands to play at Castlefest.

“I got a lot of emails from young bands. They all want to play Castlefest and they would love to have their day in the castle field but that needs proper PA and a stage,” he said.

Cllr McGrath pointed out that traditional musicians had Comhaltas, but “local rock bands only have each other. They are not an organisation.”

He was told by district administrator Rosemary Joyce that funding for Castlefest came from a number of agencies within the council under its festival strategy.

“It all comes out of the one pot,” she told him.