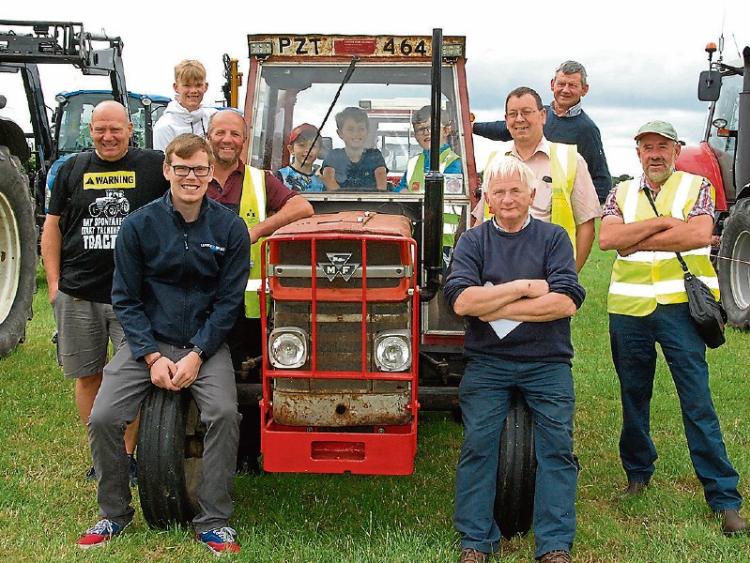 The tractor and vintage vehicle run and BBQ held in Roscrea rugby club on Sunday July 28 was a great success.

The route to Shinrone and back was completed in record time.

Fun and games followed during the afternoon which everyone enjoyed, especially the ‘dunking machine’.

A delicious BBQ was served outdoors where people could relax and listen to the music by DJ Nivard.

As the event came to a close the raffle was drawn.

First prize of a €1,000 voucher for Bernie's Supervalu was won by Zac Wallace, of Mountheaton, Roscrea.

The event was in aid of the Church of Ireland Roscrea tower restoration fund.

The restoration work is nearing completion and the tower already looks splendid.

The builder in charge of the restoration, Mr Henry Thompson, of the Old Builders Company attended the event and drew the raffle tickets.