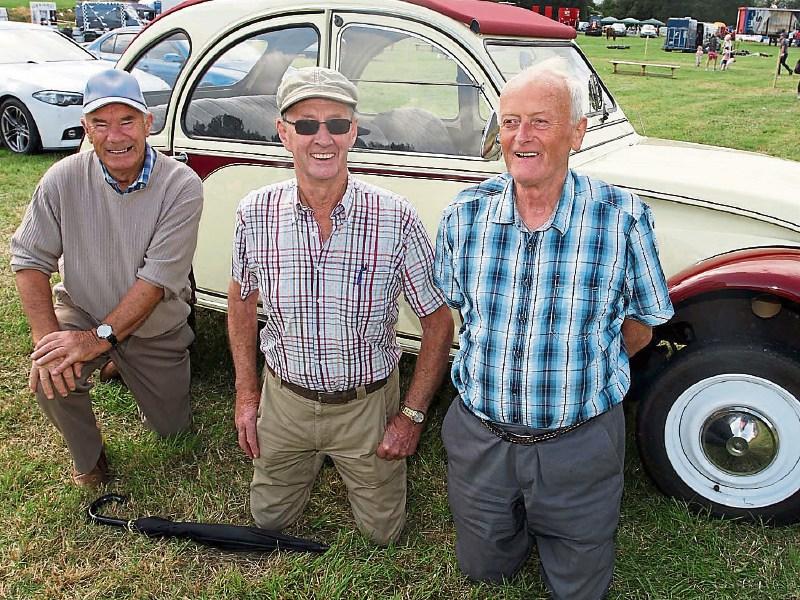 With the thunder and lightning and heavy rain on Sunday, every Child of Prague statue in Tipperary must have been put out to guarantee good weather for the North Tipperary Agricultural Show in Nenagh on Monday.

The prayers were obviously answered with sunshine, and the crowds turned out in their thousands for the 142nd running of the event.

And among the surprises was a visit from the Taoiseach, Leo Varadkar, which local Fine Gael sources said was a “last minute decision” by the party leader.

Indeed, one wag commented that his visit was something that no other Taoiseach - not even Dev himself - had managed.

Dressed casually, Mr Varadkar spent around two hours taking in the various attractions, and despite there being no room for media questions, he did tell the Tipperary Star that he was not at the show because there might be an election in the offing.

“I take in a show each year. I was in Virginia last year. And I look forward to coming back to Tipperary when they win the All-Ireland,” he said before heading off with an entourage of local FG councillors and supporters.

But it wasn’t all sunshine for Leo as he got in the ear from one woman about the beef crisis and from the local search and rescue unit about the lack of funding for such services in Tipperary.

Among the attractions that no doubt must have caught his eye was the gleaming Cadillac reputedly owned by the King himself - no, not Michael D, but Elvis - which formed part of the Nenagh Classic Car display.

Other eye-catchers included a €100,000 Thunderbird, one of only two in Ireland, and a 1968 Toyota 2000GT owned by Limerickman Gerry McManus, brother of financier and Adare Manor owner JP, where the 2026 Ryder Cup will be staged.

Toomevara man Tim Cullinan, who is running for president of IFA, was there pressing the flesh along with North Tipp IFA chair Imelda Walsh.

Aside from farming issues, the IFA stand was also raising much needed funds for North Tipperary Hospice Movement, and FF election candidate Sandra Farrell was spotted helping out.

Fianna Fáil had its own tent. No quips, please, about the Galway Races.

The Wild Encounters stand attracted a lot of attention, with wide-eyed children queing to touch the animals and insects, including a millipede, giant snails and a cockroach. The parents weren’t as enthusiastic, drawing plenty of “yeuks” and nervous looks.

In the homebaking tent, people admired the delicious sponges, apple tarts and cream buns, while out in the showjumping ring, Annarose Scott from Ardcroney swept all before her, winning the Worker Hunter (Jumping) Championship and Champion Pony of the Show.