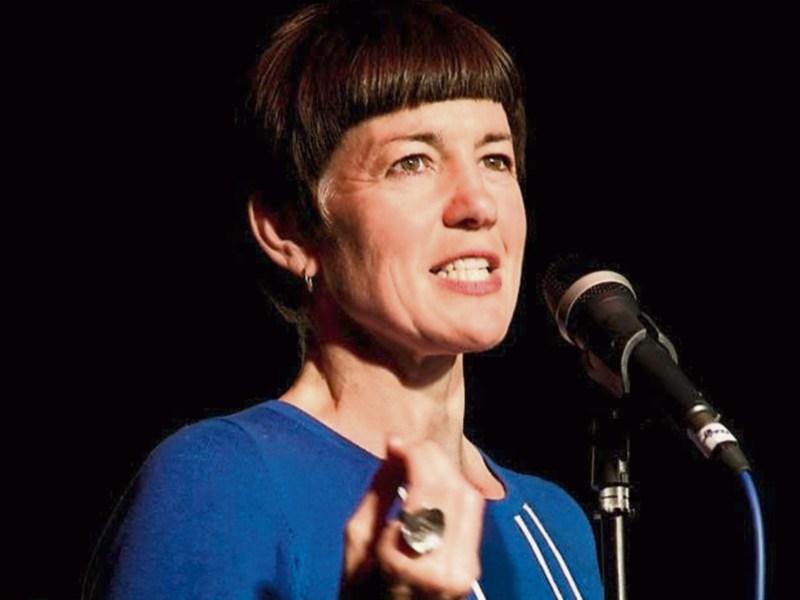 Cherry Smyth: will bring her performance of Famished to Cloughjordan this Saturday

The piece, inspired while hurrying through a London tube station, weaves together traditional lyric, imagined voices from the 1840s, historical facts, nursery rhymes, autobiography and lists to form a multilayered and dynamic piece.

This long poem is also the first of its kind to examine the role of women in the Irish Famine.

The poem is inspired by the current migrant crisis, in which migrants cross dangerous seas to reach safety. The current crisis also evokes the “coffin ships” which crossed the Atlantic during the Irish Famine.

The fruit of seven years’ research into the forgotten stories of the Irish Famine and the role played by British imperialism, Famished combines Smyth’s lyrical poems with Bennett’s cinematic score and haunting vocal interventions from Kinsella to tell the story of one of the greatest humanitarian disasters of the nineteenth century.

The result is a lyrical lament that leaves audiences stunned and deeply moved.

The performance starts at 7pm. Tickets €7 on the door.