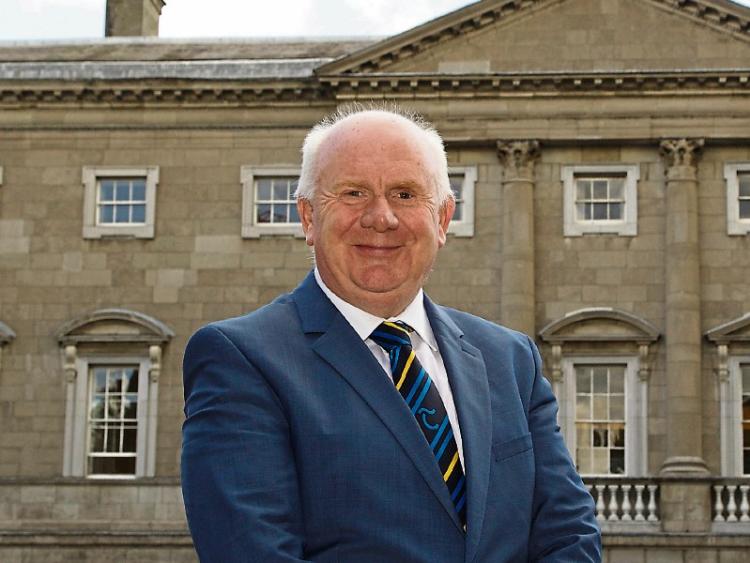 Jackie Cahill TD has said there are serious inconsistencies in the way the Minister responsible has handled the fallout out of the sudden closure of the Deep Retrofit Scheme this week by the SEAI which has left many Tipperary families out of pocket.

Deputy Cahill said he had a number of cases where Tipperary families had contacted him because they were either living in mobile homes or with other family members while the extensive work was being completed.

Earlier this week, it emerged that the scheme had run out of funding in Q2, 2019, despite the applications for 54 projects, covering insulation and heating for 302 homes nationally still awaiting approval.

According to Cahill, contractors involved in the scheme maintained that the situation would have been known to SEAI and therefore the Minister in March or April of this year.

It seems on July 10, in the Committee on Climate Action, FF’s Timmy Dooley specifically asked if applications for the deep retrofit were still being accepted. The Department for Communications, Climate Action and the Environment first passed the question to the SEAI which merely stated that applications closed on 17 July. In other words, neither the Department nor the SEAI referred to issues re funding. “Why did neither inform the Committee on July10 of the problems with this scheme?” asked Deputy Cahill.

“Homeowners should have been informed months ago that there was a possibility that the grant may be discontinued. Contractors should also have been kept up to date on the challenges,” he said.

“I have been contacted by one contractor who has a warehouse full of equipment and materials that is specific to this scheme and is now left high and dry with the sudden closure of the scheme, jobs are being put at risk” said Cahill

Figures presented by the Thurles based Deputy creates huge question marks about the government’s commitment to improving the energy efficiency of homes that had been launched with such fanfare.

According to Cahill, a total of 265 applications for homes were either in progress or under evaluation as of the end of June this year. That number had increased to more than 300 by the July deadline for applications. In all, 120 homes were retrofitted in 2017 and 139 in 2018. The National Mitigation Plan committed up to €21.2m between 2017 and 2019 to provide for deep retrofits, however the grants paid last year were €4.7 million.

“Where has the other €16.5 million gone? It is clear that the over runs in the National Children’s Hospital and the National Broadband Plan are now coming home to roost,” said Deputy Cahill.

Cahill went on to say that homeowners were being put in an impossible position.

“They were given a deadline of October this year for completion of the work. The work itself was to take about eight weeks. There was a huge amount of work that needed to be completed by the homeowner before that eight-week process could commence. Therefore, it was irresponsible of the SEAI to put this deadline in place because it was a deadline that was impossible to meet if the homeowner waited until they got a letter of grant approval to begin the preparatory work.”

Deputy Cahill said that homeowners could not make an application for the retrofit scheme themselves, they had to go through an approved agency who worked closely with the SEAI therefore the timing and deadlines in the process were taken out of the home owner’s hands.

“So, to try and penalise the home owners now was completely unacceptable. The €19m that is required to solve this problem nationally will have to be made available,” added Deputy Cahill.