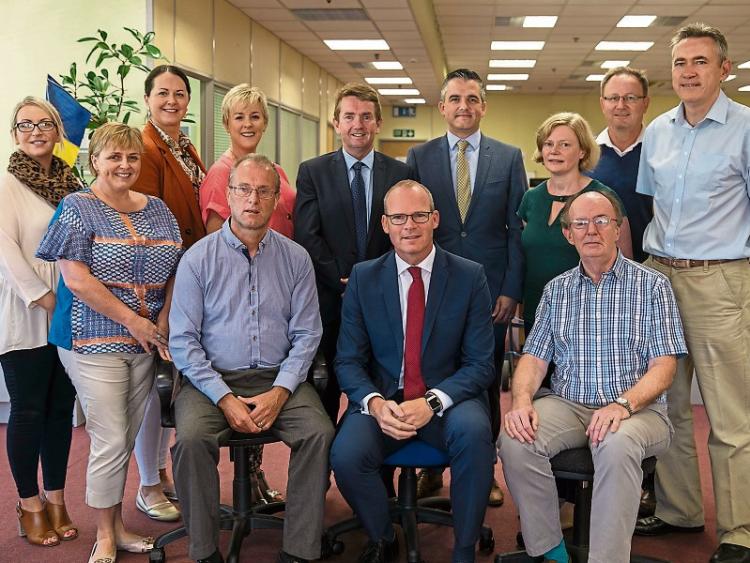 Tánaiste and Minister for Foreign Affairs & Trade Simon Coveney visited The Nationalist's offices at Queen Street in Clonmel today during a whiste-stop visit to Clonmel at the start of a hectic week of Brexit diplomacy.

The Deputy Leader of Fine Gael met with the newspaper's staff and was interviewed about the Brexit negotiations, what Tipperary businesses should be doing to prepare for Brexit and the Fine Gael party's prospects of regaining a Dail seat in Tipperary in the next general election.

Tipperary Co. Council chairman Cllr Michael Murphy and Mayor of Clonmel Cllr Garret Ahearn accompanied the Tánaiste on his visit to The Nationalist.

Read Mr Coveney's interview and about the official opening of VisionID's new premises and its plans for expansion in the print edition of The Nationalist in shops on Wednesday morning.