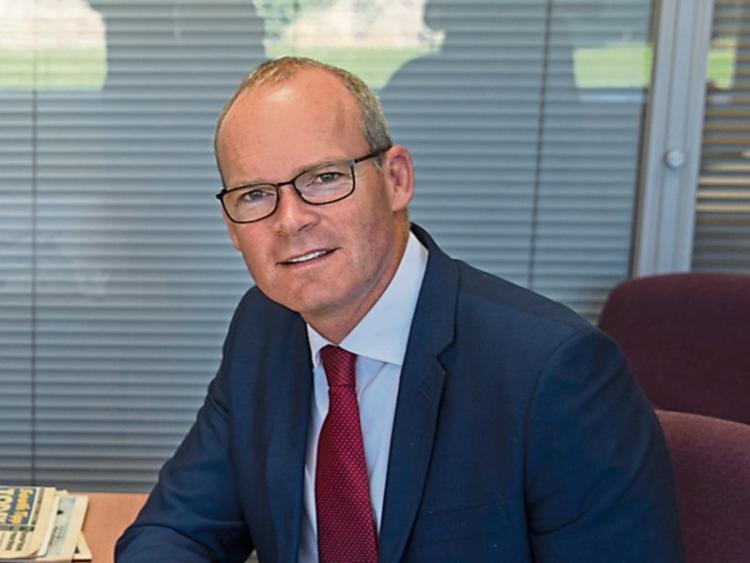 The Minister for Foreign Affairs and Trade visited The Nationalist newspaper on Monday at the start of  a busy week of diplomacy that will bring him to Helsinki, Paris, Prague and Belfas. He  delivered a message to the county's business community to get up to speed on how to protect themselves in case of Britain crashing out of the EU without an agreement at the end of October.

He said Ireland's trading relationship with Britain was worth about €70bn a year. There were about 38,000 Irish companies employing 200,000 people, many based in Tipperary, trading with Britain every week.

He pointed out virtually every company in this country has some connection with the UK whether it was through their supply chain, customer base, funding, finance, product  certification or transporting products through the UK.

The FG Deputy Leader said the relationship between Ireland and Britain was particularly strong in both directions in  the agriculture and agri-food sectors, which were crucial to Tipperary's economy. The British market has been so important for the beef and dairy industries and it was necessary to keep it that way.

"Any company that is not thinking about how Brexit is going to impact on their business is being very foolish or naive and they need to change their approach," he bluntly warned.

Mr Coveney pointed out the Government has a lot of supports for businesses to help to deal with the impact of Brexit whether it was grants, low cost loans or advice.

He advised every Tipperary business, big and small, to assign someone to investigate the detail and consequences of Brexit for the firm.

"That person should then be contacting a local enterprise office, Enterprise Ireland, Inter-Trade Ireland; if you are a fisherman contact BIM or a farmer contact Teagasc. There are supports there for you and expertise waiting to talk to you in terms of how we can help to reshape your business and respond to the threats of Brexit.

"To ignore that advice and support and to just hope it will be worked out by politicians and that everything will stay the same, I think is being very naive."

Mr Coveney believes the response of Tipperary and Irish business to the challenges of Brexit has been mixed so far. The companies that have already restructured and changed, assuming the worst, were generally those  large enough to have big accounting teams.

He outlined some of the basic measures Irish companies need to put in place.

“Do you need a customs agent? These are questions that Irish companies trading with the UK never had to ask themselves in the past 20 to 30 years and now all of a sudden this could be ten weeks away.

"This may sound daunting but it's actually not when you break it down and if you ask for advice."

Mr Coveney points out that Enterprise Ireland is giving grant aid to companies, particularly small firms, to get the advice they need to prepare for Brexit.

" I would appeal to businesses to think about that; to talk to their peers and also to talk to the State agencies that are there to help you.

“We have put in place a lot of supports over the past 18 months for businesses but business people have got to help themselves too. The Government is there to support and help you."

Mr Coveney acknowledged there were many businesses such as individual farmers producing cattle for slaughter, who can't themselves put in contingency planning. This was why the Government was planning financial support for vulnerable sectors, which through no fault of their own, will be negatively impacted by Brexit. This has been done in the beef sector even before Brexit with the EU allocating €50m funding and the State another €50m to farmers.

But he stressed that he or the Taoiseach won't sign an agreement that essentially commits Ireland to implementing a physical border structure.

"If that happens as part of a no deal we will not put border infrastructure on the border but we will have to have checks somewhere to protect Ireland's place in the EU single market.