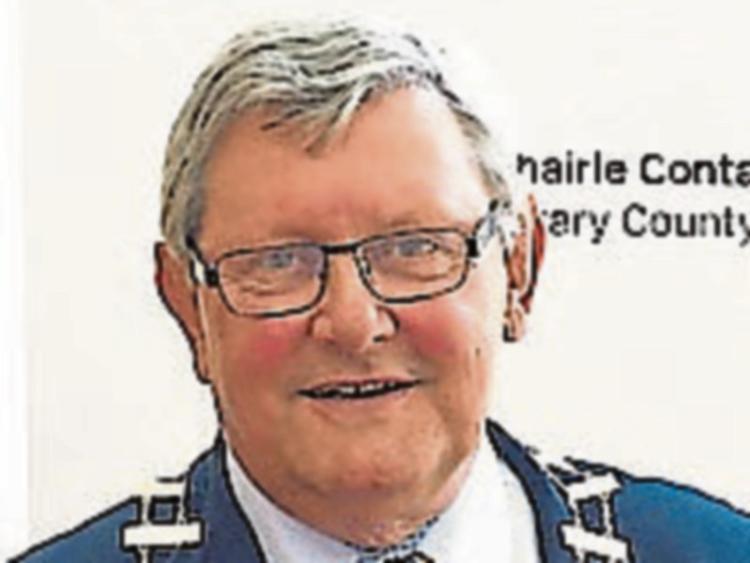 Tipperary Cashel Cahir municipal district paid its highest honour to one of Tipperary Co Council’s former chairmen and leaders on Wednesday last, with a special meeting in Knockavilla to pay respects to the late Jack Crowe, who died peacefully in Woodlands Nursing Home Dundrum on Sunday, August 25.

Cathaoirleach Michael Fitzgerald led the tributes, saying the news of Jack’s death brought a great sense of shock both in his native Dundrum, and beyond.

“We all knew for some time that Jack was seriously ill, but, when news broke on Sunday, it brought a great sense of shock and sadness, not only here in Tipperary but all over Ireland. In over 40 years of public service, Jack Crowe touched the lives of so many people.

“I have never before received so many calls from people and colleagues from across the political spectrum, expressing their sympathies to a legend of local government, and a stalwart of political life in this county.”

Jack “carried on the Crowe name” in politics, from his uncle Pat Crowe, who served as a Tipperary TD. In the days since Jack died, there have been many fond memories and stories exchanged, of his love for life, his wit and banter, and of a “man who has left a mark, many monuments, and a proud legacy of kindness and decency to public life.”

Jack was “tough, kind, decent, respectful, old fashioned, a small man with a great role.” He could sometimes bring a sense of ease to a tension filled occasion in the debating chamber with his trademark humour and witty remarks. “He was known and liked all over Ireland, but his heart and soul was here in his own parish of Dundrum Knockavilla.”

As a public representative, he worked hard to bring a water supply to the area, and spoke passionately of the need for improvements in roads, housing, public lighting, and tourism.

Through the Dundrum House Hotel, the Crowes created much needed jobs in what he often described as the “best little industrial village” in Ireland.

Jack Crowe fought long and hard as a member of the South East Regional Healthboard to protect Our Lady’s Hospital in Cashel. He had huge respect for local government, and created a “unique bond of friendship” with all the staff. “He would have been right proud last night, to see the huge guard of honour that welcomed him home for the last time, with his beloved Kickhams flag on his coffin. We pay our respects as his former colleagues, and say goodbye to ‘one of the greats’. Jack Crowe was old stock, the salt of God’s earth. We will never see his likes again.”

His proudest moment as chairman of the club was in 1967 when the club won County U21 hurling A title. “It was the first adult title that the club won,” said Cllr Kennedy. “He was one of only two people who served as chair, secretary and treasurer of the club.”

Jack Crowe was heavily involved in Macra na Feirme and helped organise summer entertainment. Jack also graced the stage with Muintir na Tíre. “He was a very good actor. He was a great motivator.”

In 1974, Jack entered politics, going on to stand in seven local elections, elected in every one and topping the poll on a number of occasions. “He was always a shoo-in, but he always worked hard at it. He was totally dedicated, and he had a great respect for people in local authority.”

Jack Crowe was a driving force in the rural water scheme, and in getting a graveyard for Knockavilla Dundrum.

“His proudest moment on the Council was in 1984 when he served as chair. He thought it was a tremendous honour from his own people. He is a huge loss to his wife Noreen, to Niamh and Sinead. The Crowe family have been at the hub of everything that has gone on in this parish,” added Cllr Kennedy.

Many of the Councillors who extended their sympathies noted Jack Crowe's deep religious faith and love for the Irish language.

CEO of Tipperary County Council Joe McGrath said they should be eternally grateful to those who put themselves forward for public service, year after year, for 40 years, such as Jack Crowe had done.