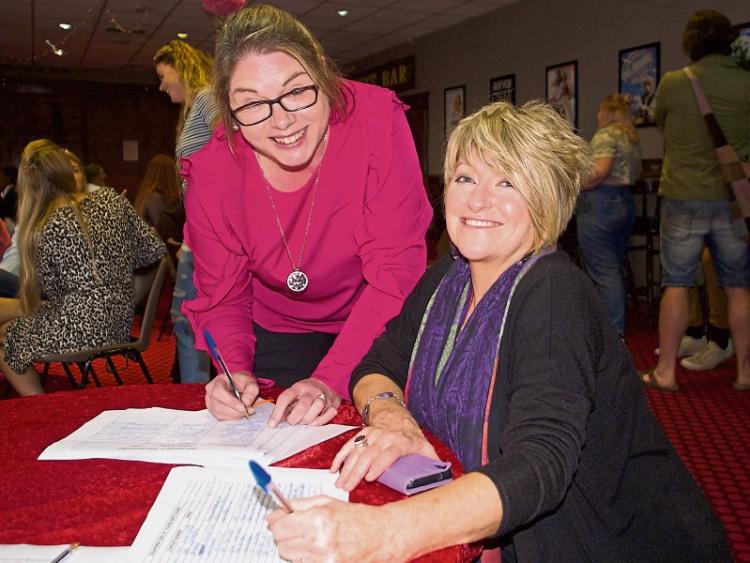 Singers, dancers and actors interested in starring in Carrick-on-Suir Musical Society’s upcoming pantomime Cinderella and next annual show Oklahoma attended an information night for both productions at the Strand Theatre last Wednesday, August 28.

Many turned up to register as a Society member and get a brief on the shows.

Cinderella will be staged at the Strand from October 16 to 20 with matinee shows on Saturday, October 19 and Sunday, October 20.

The Society's production of Rogers & Hammerstein’s famed Oklahoma will be staged from February 29 until March 7 next year.

Pantomime technical manager Ray Nolan told the young people who turned up for the launch event that there will be 16 songs performed in Cinderella with four of those sund by the Musical Society's Academy of Performing Arts members.

He said rehearsals will start soon and commitment to them was essential whether a cast member was in a lead role or small role.

Liam Butler is co-director of the pantomime and will direct Oklahoma with assistant director, Sandra Power. He also spoke of the 100% commitment needed for all Oklahoma rehearsals that will run from November until next March.

Liam spoke of the production team's hard work in getting everything together for both shows and outlined the various vocal categories needed for Oklahoma.

The cast for both shows will be announced after auditions, which take place shortly.