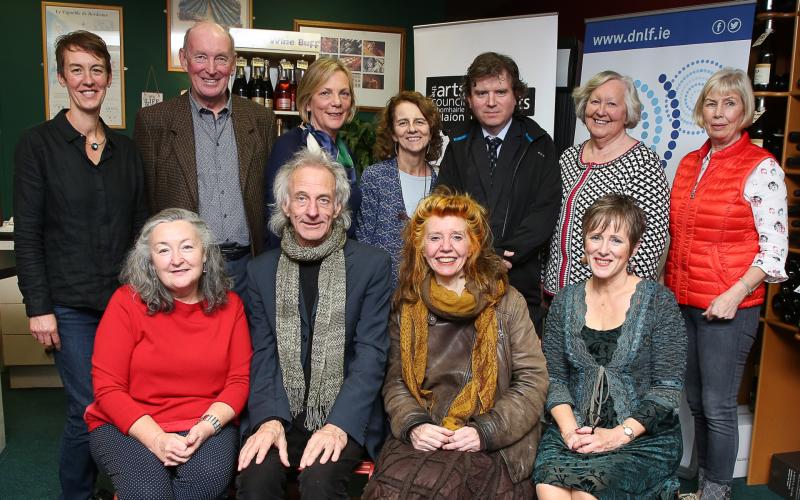 It was a case of full houses for events at this year’s six-day Dromineer Nenagh Literary Festival, which concluded last Sunday

Now in its 16th year, the rebranded festival covered readings, workshops and drama in Nenagh and the lakeside village of Dromineer.

Kicking off the festival was Two Writers with Vino in the Wine Buff, with poets Pete Mullineaux and Moya Roddy sharing poems and a glass of wine with those in attendance.

The fascinating story of the relationship between once-forgotten Dublin writer and creator of Dracula, Bram Stoker and actors Henry Irving and Ellen Terry is the subject of Joseph O’Connor’s new book Shadowplay.

And the author read from his work and gave a fascinating insight into its characters and background in conversation with Paula Shields in the arts centre.

While the arts centre may seem like a large auditorium for conversations between authors, John Boyne, Anne Griffin and radio presenter RickO’Shea turned it into an intimate setting for their discussion and readings on the Friday night.

With an obvious rapport between all three, it felt like we were earwigging on a night out between three friends.

The highlight for local literary buffs was the reading on Saturday night by Nenagh author and local hero Donal Ryan.

Sharing the stage with Jane Clarke, they were interviewed by Edel Coffey.

One of the surprises of the festival was the appearance of Derry Girls actor Siobhan McSweeney, who read a hilarious short story on her week as a “hot actress”.

Local interest was also fuelled by Maggie Wadey’s intriguing conversation with local historian Danny Grace in Nenagh Heritage Centre on her book, The English Daughter, which tells the story of her mother, Agnes Kavanagh, who came from Knigh, Puckaun. It’s a gentle, somewhat sad tale of a woman who left her native village as a teenager.

The Sunday Afternoon Afloat, Wild Ireland on Ku-Ee-Tu, saw attendees enthralled by Eoin Warner, wildlife documentary maker and naturalist who spoke about his fascination with the natural world.

The festival finale in Nenagh Castle, saw writer Niamh Boyce conjure up the spirit of Alice Keytler in an incisive discussion with academic and writer Sarah Moore Fitzgerald.

Poetry workshops with children and transition year students brought poetry alive for the younger audience, enriching their experience of literature and encouraging their own participation in literary and artistic endeavours.

A festival spokesperson said that the festival would not have been possible without the support of its sponsors Tipperary County Council, the Arts Council, Creative Ireland, Nenagh Arts Centre, Waterways Ireland, OPW and ABP Food Group.

The festival also had invaluable support from the business communities in Dromineer and Nenagh and the local press as well as the great support of the wider community.

The festival encourages new writers, and this year, gave a platform to poets Grace Willenz and Jackie Gorman, while John W Sexton facilitated writing workshops, allowing those attending to develop their own ideas.