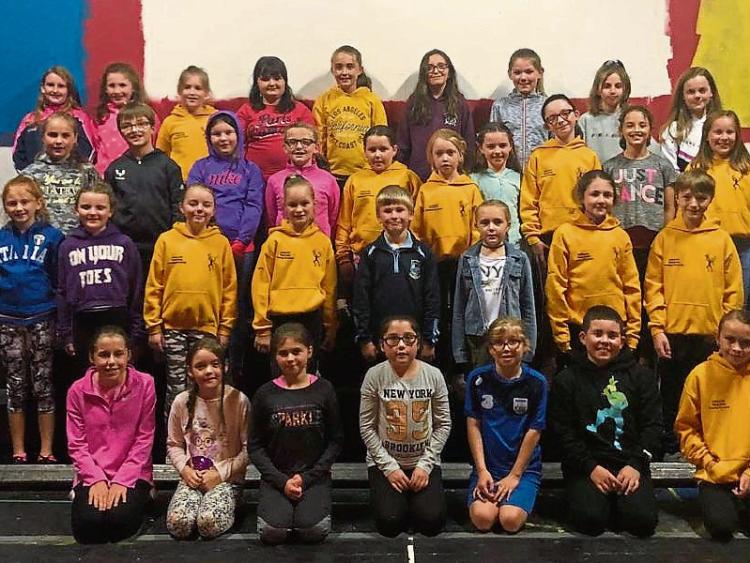 The production team and cast are working around the clock to bring the new script written by Karl Harper to life on the stage of the theatre's Dick Meany Auditorium.

The large cast of young Musical Society members are dancing, singing and perfecting their jokes for the opening show under the watchful eyes of directors Sandra Power and Liam Butler, chorus mistress Siobhan Grace Regan and choreographer Nicole Breen.

In the principal roles are Kayleigh Cronin Carroll as  the kind and beautiful Cinderella; Freddie Doyle as shy around girls Prince William; Patrick Walsh as the hilarious Buttons; Caolán Deehy-Power as Dandini; Sienna Reynolds as the charming Fairy godmother and Tarryn Attlee as the Wicked Stepmother.

This pantomime has not just one but two Dames. For the first time Deckie Smith Robinson and Audie Murphy will step into the roles of Consumpta and Concepta better known as The Ugly Stepsisters. In other smaller roles are Conor Flynn  and Jim Kennedy as the guards and heralds.

Carrick Musical Society's pantos are famed for their choruses. This show boasts a senior chorus made up of Society members and Transition Year students and also more than 140 students ranging in ages from three to 15 years-old from the Society's Academy of Performing Arts.

There are five night-time performances starting at 3pm and two matinees on Saturday and Sunday, October 19 and 20  that start at 3pm.

Tickets have been on sale for the last two weeks and are selling fast. Tickets are available from the Strand Theatre Box Office by phoning (051) 645050 from Monday to Friday 11-3p.m. (Tuesday opening hours is 1-3p.m.). Alternatively you can purchase tickets online by logging onto:  https://www.ticketsource.eu/strandtheatre