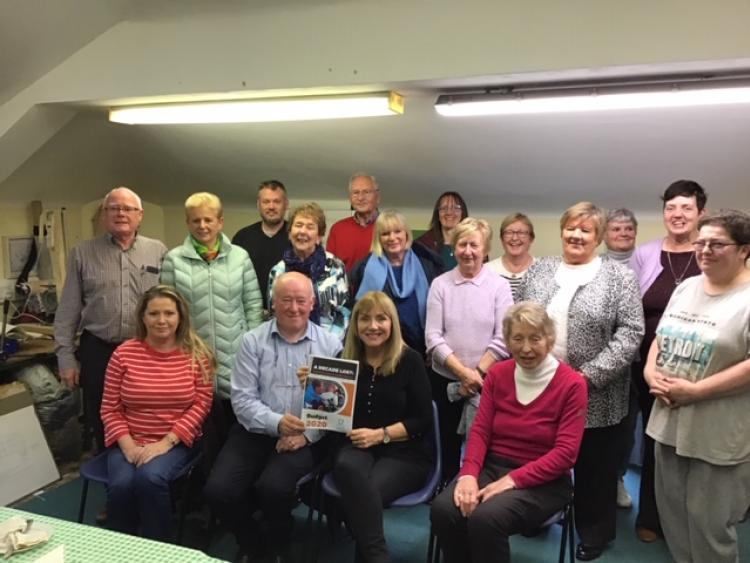 The stories of so many genuine family carers who experience layers of frustrating bureaucracy as they try to access services and support provided a picture for Senator Frances Black of the failings in the system they encounter every day.
Senator Black visited Clonmel last Friday to listen to the carers outline how difficult it is for them to make any progress up against a system that seems to be designed to make their task as difficult as possible.
The manager of the Clonmel branch of Family Carers Ireland Richie Molloy and the twenty or so members welcomed the opportunity provided by Senator Black during her visit to Clonmel.
After listening to harrowing stories of a constant battle with statutory agencies Senator Black advised the carers to write personal letters to every politician in Tipperary to make sure they were fully aware of the difficulties encountered and the awful situation they were left in as a result of a system they were up against.
“What comes across very powerfully after listening to the carers is the lack of empathy and compassion. What concerns me greatly is the loss of humanity in the system” said Senator Black.
“Nobody wants to take responsibility , it is cut,cut cut.The health system is a shambles, the housing system is a shambles” she said.
Senator Black said that genuine people like the carers just did not have a voice and because of their selfless commitment to looking after a loved one 24/7 they did not have the energy to fight the constant battles to secure support from the system.
“These carers who are mentally and physically exhausted from their caring responsibilities are just not getting the services they should be getting.It is shocking and the system is failing them and their loved ones” said Senator Black.
Carers manager Cllr.Richie Molloy said the group had made a pre budget submission to the government on many of the issues raised with Senator Black.
Those included a reform the means test for Carer’s Allowance, an increase in the hours a carer can work/study from 15 hours to 18.5 hours, an end to the postcode lottery in homecare and carer supports, replace the Mobility Allowance and Motorised Transport Grant withdrawn in 2013.
and extend the GP Visit Card to include carers in receipt of the Carer’s Support Grant.