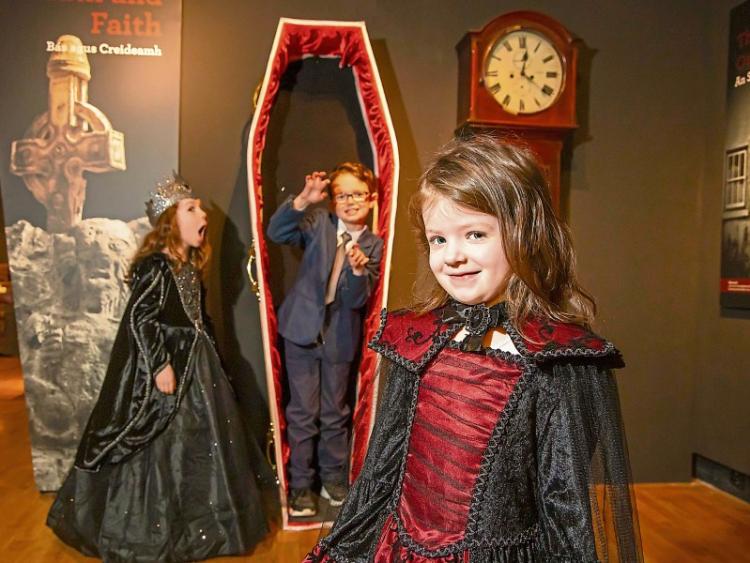 One of the most innovative museums in the country has opened in Clonmel with the launch at the new Tipperary Museum of Hidden History.

The €500,000 development has produced a museum with a difference from many others.

It was officially opened by the chairman of Tipperary County Council, Michael Murphy, who described it as a wonderful addition to the town and county and predicted that it would attract huge numbers to see its exhibits.

A feature of those exhibits is the stunning hoard of gold coins discovered in Carrick on Suir – now back home in Tipperary, said council chief executive Joe MacGrath who paid glowing tribute to all involved in the project. 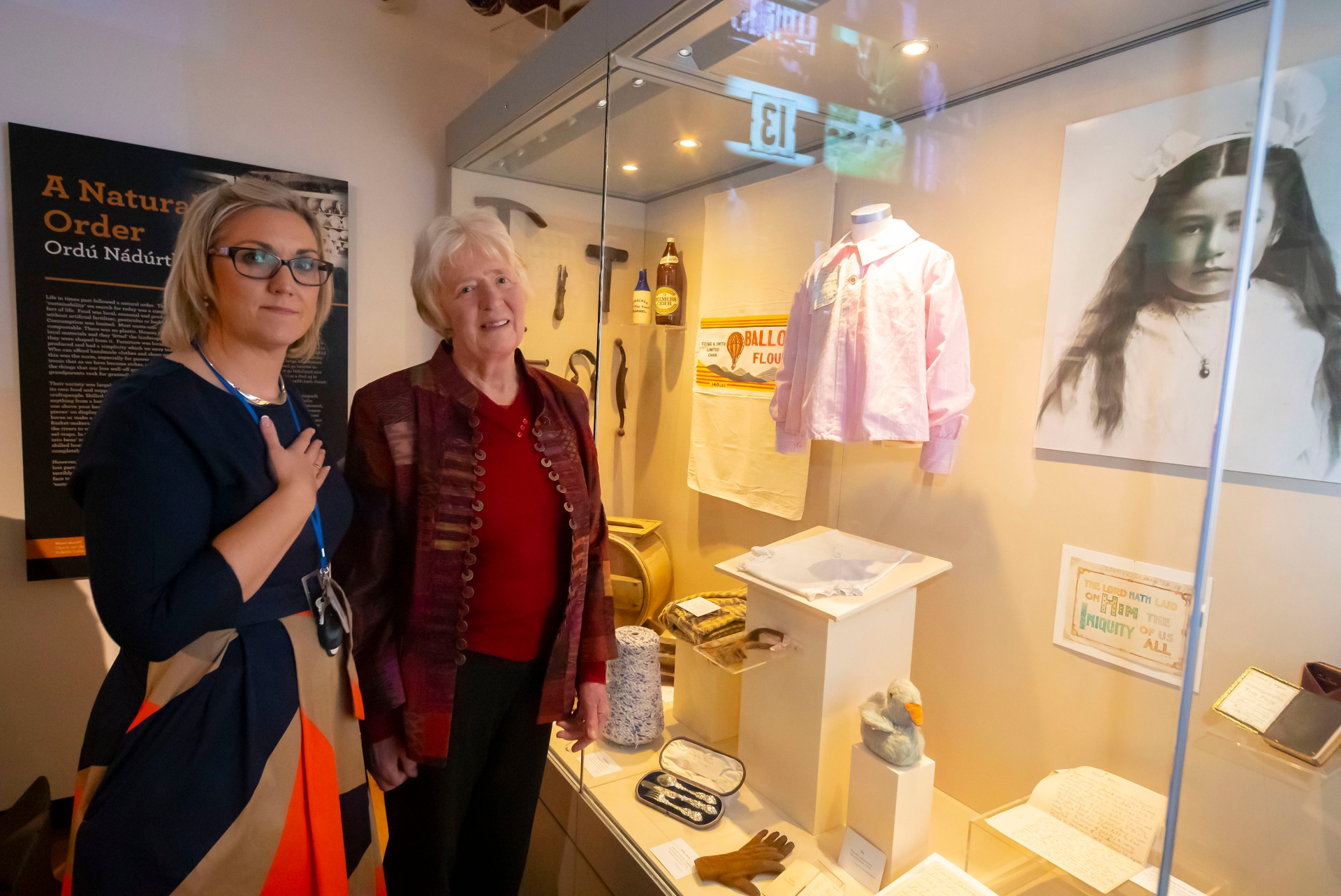 Marie McMahon, museum’s creative director and Petronelle Clifton-Brown who donated items of her aunt Petronell Grubb to the museum.

Based in Mick Delahunty Square, the Tipperary Museum of Hidden History is a state-of-the-art interactive visitor experience located in the heart of Ireland’s Ancient East.

With over 25,000 artefacts it is one of the largest museum collections in Ireland. The museum caters for international visitors with audio guides in six languages for this wonderful experience.

Each of the museum areas are based on themes and answer questions in a highly visual and informative way by focusing on people and not only on “things”. The journey through the museum crosses seven distinct sections and starts with an interactive area which asks the question “who am I?”. 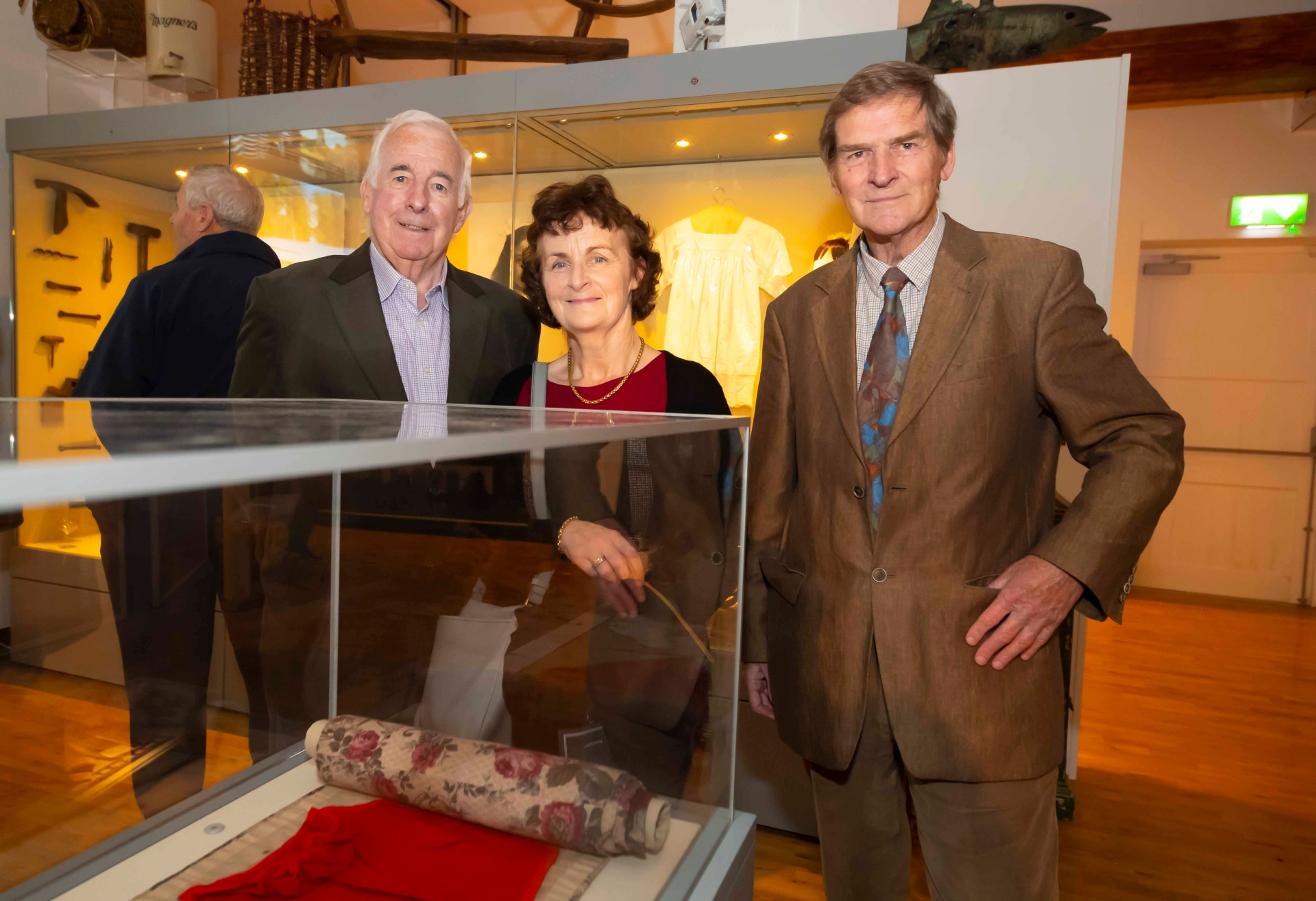 The exhibits reflect a microcosm of Tipperary life over the centuries in areas such as politics, rebellion, murder, nature and sport.

Hear stories of murders, murderers, innocent men being hanged, and gentlemen who defended their honour with pistols and swords

See the beautiful gold tabernacle made by the Sisters of Charity

Lie down in the creepy coffin!

Feel how clammy a body in a suitcase is!

Marie McMahon, Managing Curator at the Tipperary Museum of Hidden History commented: “We are delighted to be able to open the new Tipperary Museum of Hidden History.  Our vision was to create a highly interactive and exciting new look at history through the eyes of characters from our past.  The museum will also give people the chance to learn about the more macabre stories from Tipperary’s past.  We’d like to thank Tipperary County Council and Fáilte Ireland for all its support of this project.