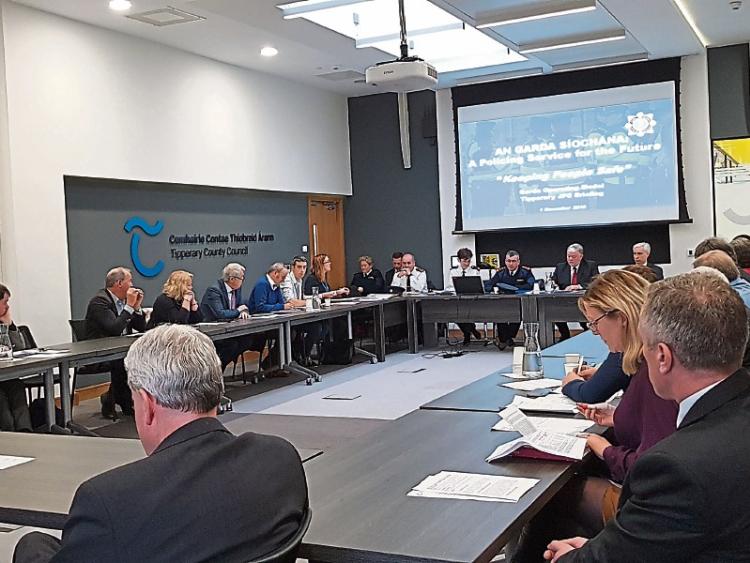 Commissioner Harris came under fire for his decision to appoint Ennis instead of Thurles garda station as the HQ for the proposed new Clare Tipperary amalgamated policing division.

The scourge of drugs, under-resourced garda stations and rural crime were also top of the agenda, with Roscrea, Clonmel, and Carrick-on-Suir garda stations coming in for severe criticism due to opening hours, lack of manpower and in Clonmel’s case, dilapidation of the physical building.

There was a palpable anger from councillors and TDs that Ennis had been chosen over Thurles.

There was the “perception that you have belittled our county,” Cllr Noel Coonan told the Commissioner, opening the meeting. “That our county was ignored for the divisional headquarters”, and that the policing plan was driven by out-of-touch “urban people” with little experience of rural Ireland”.

Commissioner Harris said it was not his intention to belittle Tipperary, but the force is weighed down by bureaucracy and needs to change in line with changes in crime and wider society. The plan “is not being driven by metropolitan elites. I will continue to address rural communities and address stations that are obviously understaffed,” he said.