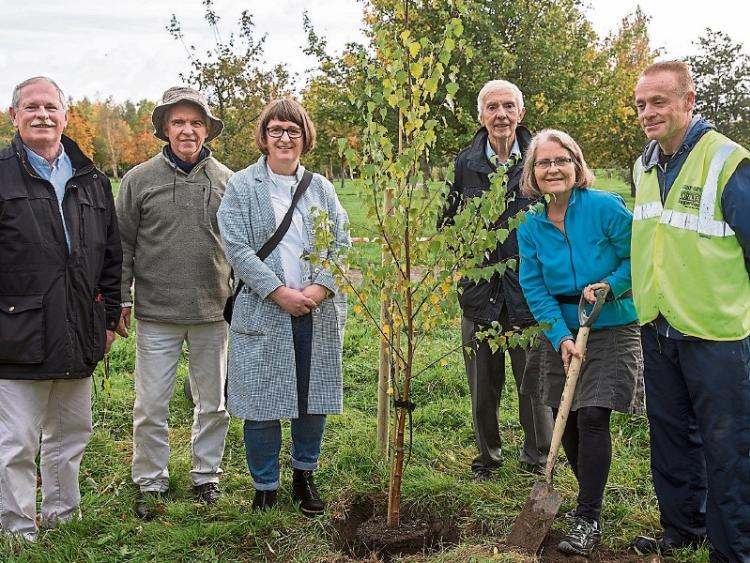 In Ireland, we often wait until a person has died to acknowledge their contribution to their community and society; to say the good generous word. Fortunately, that was not the case in the lifetime of the late Frank O’Donoghue.

He, a founder member, and practical worker, in the Clonmel Tidy Towns group for over 40 years, was acknowledged by the local authority, won the Tidy Towns Hero award in recent years, and by public acclaim.

But modest, charming man that he was, he never considered himself a candidate for such honours. After all, he would say, he was only doing that which came naturally to him, making a contribution to the environment of his own place, the town of Clonmel which he dearly loved. His, was a practical patriotism.

Frank died last December, in his own home in Ard-na-Gréine. Having read in this newspaper (issue October 24) that his fellow Tidy Towns volunteers had installed a memorial bench to him in Mulcahy Park, I recently visited the park and sat on the bench. The blessing and dedication had taken place a few days previously. It was attended by members of his family, members of Tidy Towns group and by the relatives of the late Martin Behan, also a hard-working volunteer, who had recently taken over the secretaryship from Frank O’Donoghue and who, sadly, had recently died.

It was a cold bright morning in the park. The maturing trees were touched with the early colours of Autumn. The few people taking an early morning walk all paused at the bench, read the dedication, and commented that “both Frank and Martin were gentlemen.” Indeed they were.

While I never met Martin Behan, Frank O’Donoghue was an old friend. I first met him in the early years of Clonmel Tidy Towns, when we were discussing finding a focus. Frank, ever practical, said “Litter.” At that time litter was such an obvious feature of our streets and approach roads, that it had become an accepted part of the landscape.

And so began the gathering of litter every Wednesday evening during Spring and Summer, starting at Mick Delahunty Square, equipped with rubber gloves and large black bags. (The long-handle pick-ups were still in the future). The more public areas were easily managed, but it was the corners, and particularly the hedging which then fronted the County Council offices that presented the problems, where bottles and cans were embedded in the foliage. But the worst was yet to come - in the St. Mary’s Car Park in Irishtown, where the border hedges hid the most disgusting garbage. And since we knew that, in any Tidy Towns judging, marks were gained or lost, on the condition of approach roads, a small area on the Dungarvan/Wood Road, a favoured halting spot for truckers having a snack, was always a must in Wednesday de-littering. (It is still a littered area).

The public’s mixed reactions were predictable, from people telling us we were “Great” to the naysayers who called us “old fools” and telling us we were “taking jobs from people.” Frank never lost his cool. He was a diplomat, and in time on solo runs he would encourage and help people in keeping their areas free from litter. He even managed to involve some “wild young fellows” in joining him in de-littering their estates.

Many of those early members of the Tidy Towns group are long since dead. Many grew old and tired, and truth to tell, discouraged. But Frank endured. He never gave up. His, was the positive attitude, lighting a candle rather than cursing the darkness.

This involved working closely with the local authorities with whom Clonmel Tidy Towns group always had the most happy relations and success came in recent times with two gold medals for specific developments. Each year, in that ever stiff competition for overall winners, Clonmel’s marking climbed up the ladder. Frank rejoiced in the award of even a single extra point.

On the last time I met him we talked about the old historic lanes of Clonmel going back to medieval times. The Clonmel Tidy Towns had decided on a project featuring some of these by name markings and a little bit of history, starting at Blue Anchor Lane. Frank saw the first development in that project, with the recent erection of a plaque on the O’Connell Street entrance, bearing a few lines from C.J. Boland’s charming eulogy to the lane.

Like all generous people, he found the time to do many things. Following his blessing of the seat in the Park, Canon Brendan Crowley spoke of Frank’s service to his church and parish of Ss. Peter & Paul’s.

“Frank did the collections every weekend,” the Canon said, and he “rarely missed a collection. He was most genial and obliging and helped in whatever way he could. Frank you are missed by all.”

And so say all of us.

In his service to his community and in his generosity to the town he loved, Frank O’Donoghue truly made a difference.